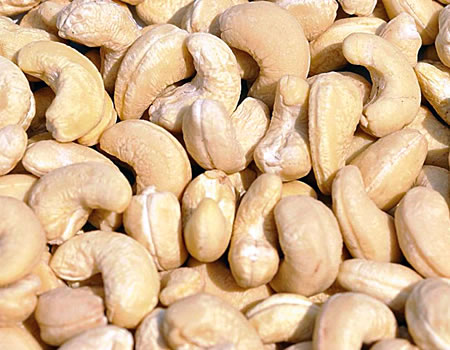 RECENT studies have associated adequate consumption of cashew-rich diets and nuts to reduction of cholesterol in the body, especially for people with  high LDL (Low -Density Lipoprotein) cholesterol level.

Cholesterol is a waxy substance that the body needs in small amounts to function properly. Problems arise when levels of bad cholesterol rise in the blood and remain elevated over time. This waxy substance can harden, block arteries and may cause heart attacks and stroke. For this reason,  experts recommend that the total cholesterol level should be under 200 miligrammes per decilitre.

Cholesterol is packaged in vehicles called lipoproteins. Low-density lipoprotein or LDL is considered an unhealthy form of cholesterol because it travels around depositing cholesterol in the organs and tissues. Experts therefore recommend that the LDL should be below 100 milligrams per decilitre.

However, high density lipoprotein sweeps up cholesterol and takes it to the liver for elimination. It is recommended that people aim to keep levels of the good cholesterol above 60 milligrammes per decilitre.

The cashew tree botanically called Anacardium occidentale is a tropical evergreen tree that produces the cashew seed and the cashew apple. The cashew seed is often considered a nut in the culinary sense. The cashew nut could be eaten on its own, used in recipes, or processed into cashew cheese or cashew butter. Just like the tree, the nut is often called a cashew. The cashew tree is a multipurpose tree crop with great economic importance to the third world countries, including Benin Republic, Brazil, Cote d’ Ivoire, etc. The nut is a C-shape and hangs at the bottom of the cashew apple, which is conically shaped. The kernel is the edible portion which is widely eaten as a snack-food, desert nut or as an ingredient for confectionaries and bakery products.

According to the Biological and Environmental Sciences Journal for the Tropics, 2018, cashew was introduced to Nigeria by the portuguese traders around the 16th century and was first planted in Agege, Lagos State. It spread to a few other parts of the country through transfer of nuts by men.

The Biological and Environmental Sciences Journal analyzed that cashew nut constitutes a good source of certain vital bioactive compounds. It was reported to be rich in fat, protein and carbohydrates and providing a significant amount of energy. The study added that cashew nuts contain substantial amount of essential amino acids, vitamins and minerals which are seldom found in daily diets but the mineral and vitamin content of the nut  appeared to be minimal compared to the cashew apple.

An expert in the field of nutrition and dietetics, Doreen Rodo, explained that the monounsaturated fatty acids in cashews promote healthy levels of good cholesterol or HDL. According to her, it also reduces triglycerides level which aid in better glucose management for people with diabetes.

She reiterated that cashews also contain magnesium, which protects against high blood pressure and supports healthy muscles and bones.

She noted that copper is likewise an essential constituent of cashew nuts, which she said assist in energy production and provide flexibility in blood vessels, bones and joints.

“The health benefits of cashews center on their excellent nutritional value. Cashew nuts have a lower fat content and a higher protein and carbohydrate content than most other nuts. The fat they do contain is mostly 65 per cent derived from oleic acid, monounsaturated oil with known benefits in protecting against heart disease and cancer, “a doctor in neuropathic medicine, Dr Michael Murray, added.

In the American Journal of Clinical  Nutrition, the effect of reasonable intake of cashews on serum lipids in adults at risk of high LDL cholesterol was investigated. They found out that in comparison with a control diet, the incorporation  of cashews into typical American diets decreased total cholesterol and LDL choleserol, also known as bad cholesterol.

According to the study, elevated LDL cholesterol is a major independent risk factor for cardiovascular disease (CVD) but diet  and lifestyle measures are the primary approach for healthy individuals to maintain optimum LDL concentrations.

The study reported that good consumption of cashew for four weeks lowered LDL cholesterol in a consistent magnitude and direction in adults with high LDL cholesterol level.

Of Nigeria, religion and religious identity