Cardi B to visit Africa for the first time by December

•Rapper to perform in Lagos and Accra for Livespot X Festival 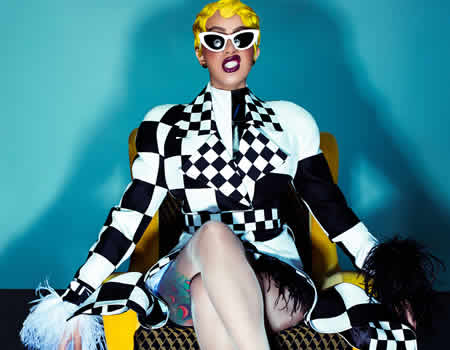 International superstar and Grammy award-winning rapper, Cardi B, will be visiting Africa for the first time this December.

The self-proclaimed Queen of the Bronx is expected to make her first visit to West Africa this December at the Livespot X Festival. Her first stop will be in Lagos on December 7, before heading to Accra on the 8th.

Since her break-out single, Bodak Yellow, Cardi B has become one of the leading women in Hip-Hop. Her burgeoning reputation was further cemented with a Grammy Award win earlier this year. Her vibrant personality and social commentary have made her one of the most influential entertainers in the world.

Cardi B has, over the last few years, become a social media phenomenon, and her latest Halloween antics rocked the dailies when her choice of costumes grabbed headlines worldwide.

Cardi’s trip to Lagos and Ghana is a clear indication of her ambitions to conquer the world and cement her status as a bonafide global star.

The show in Lagos, which will hold at the Eko Atlantic City, Victoria Island on December 7, 2019, will see the vivacious rapper joined on stage by some of Nigeria’s biggest artistes.