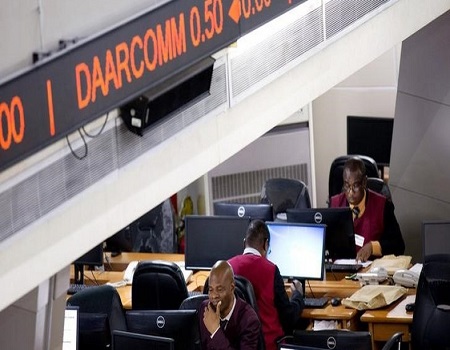 SOME capital market operators on Tuesday commended the newly inaugurated board of the Securities and Exchange Commission (SEC) but charged them on the appointment of a substantive director-general for the commission.

They made the appeal in an interview with the News Agency of Nigeria (NAN) in Lagos while reacting to the inauguration of the commission’s board four years after the last board was dissolved.

Mr Sola Oni, a chartered stockbroker, said that announcement of the new board was a welcome development four years after.

Oni said that the board should address the issue of corporate governance gap in the commission by appointing a substantive director-general.

“This is necessary to remove the stigma of corporate governance gap from the commission,” he said.

Oni said that the commission could not continue to operate with an acting director-general and acting commissioners contrary to ethics of corporate governance.

He said that the new board should strengthen SEC’s advocacy role on the need for government’s constant engagement with stockbrokers before strategic decisions on the financial market operations would be made.

“The capital market should not be treated as a second class platform in the financial market,” Oni said.

He said that there was a need for the harmonisation of activities in the market to reduce the financial burden being imposed on stockbrokers in terms of training.

Malam Garba Kurfi, the Managing Director, APT Securities and Funds Ltd., said that the board needed to put things right by settling all outstanding issues.

He also urged the newly constituted board to ensure adherence to the 10-year capital market master plan.

Mr Ambrose Omordion, the Chief Operating Officer, InvestData Ltd, said that the new board should deepen the market by introducing new more trading windows such as cryptocurrency.

Omordion said that they should ensure strong investment education across equity investment to boost investor participation to enhance liquidity in the market.

He said that SEC should partner other financial market regulators to promote capital market growth and development.

Omordion called for strong technology for easy monitoring back end of all listed and unlisted companies to avoid manipulation, insider trading and others.

“The capital market of any country is the barometer to measure its economy, they should ensure companies are properly managed in line with laid down rules and regulations.

“They should engage the companies to know their challenges, and carry such messages to the policymakers to formulate good policies that should enhance business growth,” Igbrude said

He said that the board should engage the Federal Government on issues of multiple taxations, high-interest rate, infrastructure deficiency and policy inconsistencies that affected businesses.

“This new board should make it a duty to bring more Nigerians into the market byways of education, enlightenment to encourage them to know the importance of the capital market and how it can be used to create and grow their wealth.

“They should encourage more companies to list in the market by giving incentives and some privileges to listed entities over unlisted companies,” he said.

NAN reports that the Federal Government, on June 24, inaugurated the board of the Securities and Exchange Commission with a directive to the board to make the stability of the capital market a cardinal objective.

The nine-member board, under the chairmanship of Mr Olufemi Lijadu, was inaugurated by the Permanent Secretary in the Ministry of Finance, Mahmoud Isa-Dutse.

The inauguration of the new board is coming after four years that the last board headed by a former Governor of Anambra State, Peter Obi, was dissolved.

Isa-Dutse charged the newly inaugurated SEC board to bring their wealth of experience to bear in restoring investor confidence in the capital market.