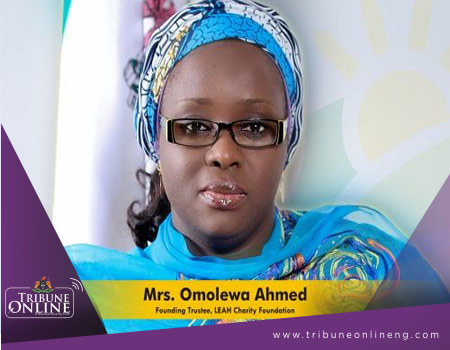 Ahmed made the call on Monday while addressing students on an advocacy sensitisation visit at the Kwara State College of Technology, Offa, and the College of Education in Ilemona, Oyun Local Government Area.

According to her, cancer has become widespread, caused massive morbidity worldwide, while new cases of the deadly disease are expected to increase by about seventy percent over the next two decades.

She said her foundation had set up LEAH Anti-cancer Clubs both in secondary and tertiary institutions in the state to reach out to adolescents and young adults on breast and cervical cancer prevention.

The governor’s wife called for the inclusion of breast and cervical cancer screening in pre-admission medical check-ups and the establishment of basic cancer screening centres in the institutions.

The Provost, College of Technology, Offa, Malam Aliu Abdu-Rauf, attributed the high rate of cancer deaths to Ignorance and called for more research on ways to curb the disease.

Also, the Provost, College of Education Ilemona, Alhaji Kunle Oyewale, said the sensitisation initiative was a major contribution to the fight against the disease.