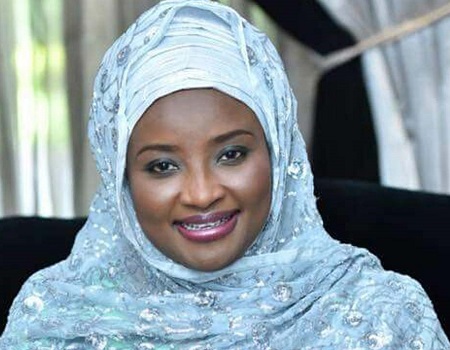 PROJECT Pink Blue, an NGO, has called on stakeholders to elect Dr Zainab Bagudu, wife of Kebbi State Governor, into the board of the Union for International Cancer Control (UICC).

Dr Runcie Chidebe, the Executive Director of the organisation, made the appeal in a statement made available to the News Agency of Nigeria (NAN) on Tuesday in Abuja.

Chidebe noted that Bagudu emerged as the only Nigerian and West African to be nominated for the position, describing the development as a commendable development in raising awareness against cancer.

“Sub-Saharan Africa has one of the worst states of cancer burden in the world, as Africans are dying of preventable cancer deaths.

“Many chemotherapy drugs are too expensive for Africans to afford; some are not even accessible in Africa.

“People are dying in pain because of limited access to painkiller drugs and palliative care services.

“The inequity in cancer services is huge and require more intense advocacy at global, national and local levels.

“We believe that Bagudu will be able to lead collaborations to reduce the burden of cancer in Africa and Nigeria in particular, when elected to the UICC board,’’ he said.

According to the executive director, the election is scheduled to take place at the World Cancer Congress in Malaysia from Oct. 1 to Oct. 4.