CAMA: Take away the Church, fathers of faith and Nigeria’ll be in shambles, Bishop Abioye declares

• Urges the govt to learn from Adeboye, others 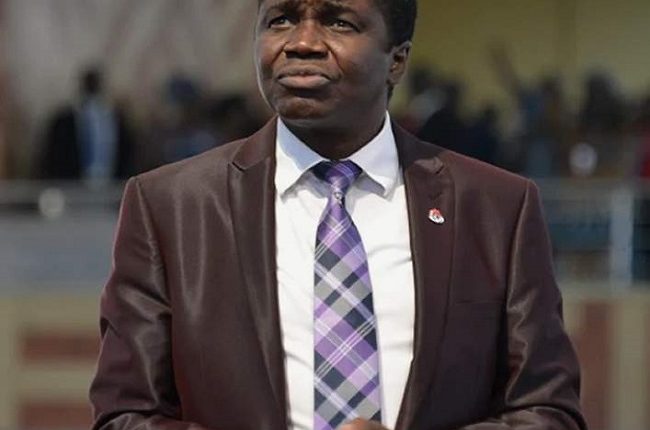 A Bishop of Living Faith Church (aka Winners Chapel), Bishop David Abioye, has declared that if the church and the fathers of faith are sidelined, it will spell doom for Nigeria.

He admonished the Nigeria authorities to leave Pastor Enoch Adeboye and Bishop David Oyedepo of the Redeemed Christian Church of God (RCCG) and Living Faith Church and others, who are holding the fort for the sliding country, alone rather than persecuting them.

Bishop Abioye gave the admonition on Sunday while preaching on “How to Access Divine Guidance” at the Sunday Covenant of All-Round Rest Sunday programme at the Kaduna headquarters of the church and monitored in Warri.

He averred that the country curiously promotes evil and frustrate good as well as fighting those making progress and promoting corruption and criminality.

He described the controversial portion of the Companies and Allied Matters Act (CAMA) as hypocritical legislation that contradicts the maladministration and ineptitude of the Nigeria government.

“There are a lot of progress going on in this commission and several other ministries over which wicked people in this nation are unhappy and putting a different kind of rules and laws in place just to stop the church, but they’re already late.

“Why put your eyes on the church? What offence has the church committed? Take away the church from this country and there’ll be nothing left.

“We’re talking of facts, not just speculations, not faith but facts. Take away certain men of God from this nation everything will be in a shambles.

“So leave our spiritual fathers alone. Find out the things they’re doing to make progress in this nation. How many private universities do we have in that do not go cap in hand to beg money from the government and yet salaries are being paid regularly?

Bishop Abioye, who’s second in command to Bishop Oyedepo, said in spite of the enormous availability of competent hands in the church that can successfully change the ignoble narratives of the country, they would not be allowed to emerge.

“Members of the Church have the capacity to rule the nation, yet they will not give them a chance.

“Someone recently said ‘Living Faith Church already has a Master Plan for 2032 yet the Nigerian government does not have a plan beyond 2020.’

“You say our spiritual fathers are using aircraft. Do you know what they are using it for?

“They go everywhere preaching the gospel. Many young people flying jets in all sorts of occultism groups and nobody asking any questions,” he disclosed.

The cleric enjoined the government to humbly learn from the fathers of faith how their churches are running a successful system amid a confused and rudderless country rather than plotting to suffocate the church with draconian legislation.

“How many wealthy people do we have in the country that have built universities? They’ll rather carry their money abroad where nobody will have value for it. Here people are spending their resources and you’re still attacking them. Haba!!!

“How is the Church running scholarships, repairing roads, maintaining their electricity without collecting any loan?

“The politicians are building mansions for themselves, contracts everywhere yet no development.

“People who are working and making things happen should be appreciated not castigated. Leave Pastor Adeboye, Bishop Oyedepo alone.

“Leave all our spiritual fathers alone. You want to appoint someone to steal all the money they find in the Churches?

“Have you finished controlling the government parastatals before you come and control the Church?

“A man was appointed by the FEC a few days ago and within the same hour, he was replaced by a cabal.

“Are we daft? Why is nobody speaking? Are you not pained in your heart when you see our roads, electricity, schools, go to Masaka and see people suffering without hope.

“Are you not pained in your heart? God will give rest to this nation.

“The former British Prime Minister once said if Britain loses the kind of money stolen in Nigeria, the country will collapse in two years. God will give rest to Nigeria,” he prayed.