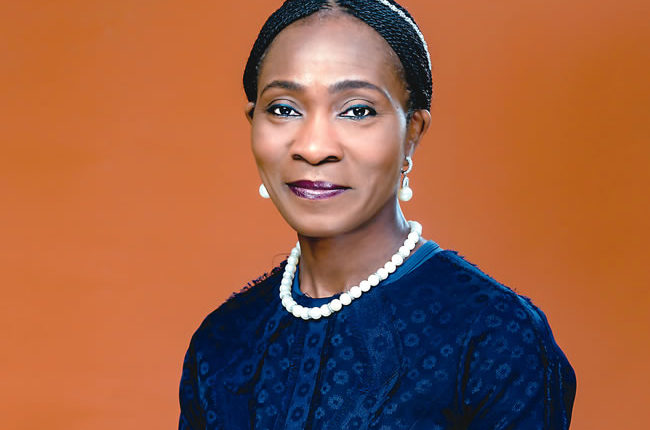 THE story of Cadbury Nigeria Plc, bears eloquent testimony to the fact it is dangerous to despise ‘the days of little beginnings’.

When the  multinational  confectionary company, was founded in the 1950s, as an operation to source cocoa beans from Nigeria,  quite a few envisaged that the company would  grow to become a behemoth it is today.

In the early 1960s, the company began its operations in Nigeria, repacking imported bulk products, an operation which soon blossomed, very rapidly into a fully-fledged manufacturing operation, resulting  in its incorporation as Cadbury Nigeria Limited in January 1965. It was to become a publicly- listed company, with shares traded locally on floor of the Nigerian Stock Exchange in 1976. It later grew to become a household name, providing consumers with much-loved iconic brands.

With a 74.97% equity interest in Cadbury Nigeria, Mondelez International controls the majority shares through its holding in Cadbury Schweppes Overseas Limited. The remaining 25.03% equity-ownership is held by a diverse group of Nigerian individuals and institutional shareholders.

Besides developing a vast and hugely rich  brand portfolio, one of those things that had kept the confectionery company going over the decades is its ability to give every of those brands a life of their own. Its flagship brand, Bournvita, comes in handy here.  Introduced in 1960, Cadbury Bournvita was initially imported and re-packed locally on the current site at Agidingbi, Ikeja Lagos. Having consolidated the Food Drinks market in Nigeria, Cadbury Bournvita became, in 1965, the First Food Drink to be locally manufactured.

In 2011, Bournvita was re-launched in a world-class, environmentally- friendly polypropylene jar and remains today a market leader in the Food Drinks category. In 2013, the Nutrition Society of Nigeria (NSN) endorsed the brand as a ‘Food Drink rich in energy and essential micronutrients’. It became  the only Food Drink Brand to be so endorsed at that time. Bournvita was re-launched in 2018 with new improved taste that has resonated with consumers. The continued refreshment of the beverage brand has made it a force to reckon with, and has also made it a generic name in that market segment.

The launch of its Cadbury Hot Chocolate Drink 3 in 1 under the cocoa beverage category, in 2014, is another testament to the company’s determination to maintain its relevance in the market. Cadbury Hot Chocolate Drink 3 in 1, a creamy cocoa-based hot chocolate drink, according to the company is produced with the finest cocoa, with optimum blend of milk and sugar, for its consumers, who seem to be on the go.

There are other product-categories,  notably Candy, developed, over the years, by the company. For instance, TomTom, ‘the black sweet white stripes’ was introduced in 1970,  and for almost five decades, the brand  has been on the face of consumers in that market segment, standing out as one of the most iconic brands  in the nation’s  Candy market.

The TomTom brand has also been refreshed, to enable it maintain its top- of- the- mind status, among Nigerians.  It now comes in four variants: Classic, Honey Lemon, Strawberry and Freshlime. Other brands in the company’s Candy portfolio  include: Cadbury Buttermint, a blend of butter and mint, and Clorets, its recently-introduced  product, in that market category.

One thing that has made the company continually earn the emotional attachment  of  Nigerians, is its backward integration scheme, which has made the citizens the major beneficiaries of its operations. For instance, Cadbury Nigeria has a cocoa-processing factory, Stanmark Cocoa Processing  Company Limited, located in Ondo Town, Ondo State, Nigeria. The factory, where it owned 99.66% equity,  provides all the cocoa powder required for manufacturing Cadbury Bournvita, and also processes cocoa beans into several high quality cocoa by-products (including cocoa butter, cocoa powder, cocoa cake and cocoa liquor) for local and export markets.  Interestingly, its choice of Ondo for its cocoa-processing factory, is not unconnected to the fact that the state is one of the largest cocoa-producing  states in the country, and it is on record that the presence of the factory there has gone a long way in enhancing the economies of  the people living in that operating environment.

Records of Cadbury’s financials still depict a company on a modest growth path despite the nation’s stormy business landscape. For instance, results of its first quarter period ended March 31st, 2020 shows the confectionery company’s profit growing by 26 %. While it earned  a total revenue of N8.5b, indicating  an 8% decline from the N9.2billion, recorded same period, the previous year, sales cost however reduced by 9% to N6.2billion as against N6.9billion in Q1 of 2019. Its profit after tax also rose by 26% to N638.9billion, as against N506.7 billion recorded same period, in 2019. Basic earnings per share for Q1 2020 increased by N34.02, from N26.98, an indication of a 26% jump.

Commitment to keeping the environment green

One of the challenges facing some Nigerian communities,  today, especially those hosting some huge business concerns, is that of being left worse off than such companies met them. The issue of environmental degradation has been identified as a major source of fracas between many companies and their host communities. Examples of such abound all over the country. Interestingly, there are few of those companies that chose to be different. For instance,  Cadbury Nigeria  operates according to global standards, with zero effluent and zero gas emission. The Company has waste water treatment plant and generates power for its operations on natural gas. In addition,  it has  a policy on greening of the environment and using recyclable materials.

The art of giving back forms a major policy thrust of this confectionary company.  According to the company, its  corporate giving is targeted at areas of the greatest need on platforms as dictated by its policy on corporate social responsibility, with a clear orientation towards children, the youth and women.

Besides, the company also encourages its employees to participate in community programmes, geared towards improving the quality of lives, on a voluntary basis.

Interestingly, to demonstrate its commitment to ‘walking the talk’, few months ago, the company joined  in the fight against the deadly COVID-19 pandemic when it donated its iconic cocoa powder beverage, Bournvita, to food banks created by several States in Nigeria, as part of its response to the pandemic.

The gesture, the company stated, was to bring relief to the vulnerable and the needy in those communities.

The beneficiary States include Lagos, Rivers, Ondo, Ekiti, Oyo, Plateau and the Federal Capital Territory (FCT) Abuja. Some products, along with face masks, were also donated  to the Palace of the Baale of Agidingbi, its host community, in Lagos State.

“As a stakeholder in the Nigerian economy, we are deeply concerned about the implications of COVID-19 and the disruptions it is causing to lives, livelihood and businesses,” its Managing Director , Mrs. Oyeyimika Adeboye,  had said.

Besides the COVID 19 intervention, Cadbury Nigeria is currently implementing a signature CSR activity known as the ‘nutrition and healthy lifestyle programme,’, an initiative that targets over 6,000 children in nine public primary schools within its host community in Lagos State.

The programme, which is being managed by Helen Keller International (HKI), has three main thematic areas: nutrition education, physical activities and gardening skills.

The company also has  a signature CSR project, Nutrition and Healthy Lifestyle (NHL), specifically tailored towards pupils in public primary schools within its  host communities in Lagos State, among others.