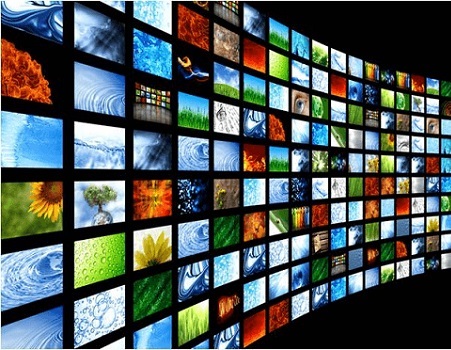 Members of the Association of Cable Operators of Nigeria, ACON, in Port Harcourt are claiming a loss of about N500 million following the shutting down of their businesses by Operatives of the Economic and Financial Crimes Commission, EFCC.

The anti-graft body had a couple of weeks ago shut down business premises of CAN TV, CTL, Metrol TV and others in Port Harcourt over alleged rebroadcasting content of the Digital Satellite Television( DSTV).

The EFCC had in a statement through it’s Head, Media and Publicity, Wilson Uwajaren, said that the agency’s personnel arrested fake Satellite Television Operators “after several weeks of intense intelligence on the suspects, their residences and operational offices.

The Operations Manager of Metro TV, Paul Osuji, told journalists in Port Harcourt on Wednesday that Cable Operators affected in the raid have lost not less than N500m since the raid.

He said that its company has lost 22 of its staff, as well as vendors, subscribers and other business partners, including those who acted as middlemen between them and the public.

He said that the company lost millions of naira that would have come as revenue for workers salaries and for day to day operations, stressing that the company will spend huge sums of money to replace some of its equipment destroyed during the raid.

He said: “From the report, we are getting right now, there is heavy traffic in the office of those that want to drive Nigerian cable TV companies out of business. I think that is their game plan, to hold us down and take over our subscribers. That they have succeeded through their collaborators in Nigeria which is surprising.

“We did not commit any crime known in law to merit that kind of treatment. They did not even invite us to hear our own side of the story. Before that time, there was an industrial argument.

“The industrial broadcasting code that regulates broadcasting activities in Nigeria provides a window through which those of us on the cable TV platform can approach multi-choice, the owner of the right on commercially agreeable terms and do business with them.

“We wrote several letters to this company so that we can arrive at the commercially agreeable terms. In all the cases, they never replied or behaved as if they received those letters. We had to go to court. The law says that in an event that we cannot agree with the right owners, we can go to court. This natter has been in the High Court of Lagos since 2017.

“Even in deviance of that, the company still went and wrote a petition against us. We don’t know what they wrote in that petition to warrant the anti-graft agency to cart away our transmitting equipment. It is unfortunate.

“I came to the office on that fateful Saturday, and notice that there was no signal in my office monitoring television. I called our station engineers, three of them, no one responded. It was a neighbour who told me that EFCC had raided our transmitting station and carted away the equipment. Prior to that time, we were not invited.”

Also speaking, a member of Digital Cable Agents, Silas Ahiator, complained that the clampdown on cable TV operators has reduced the revenue of agents who he noted now rely on only one cable TV for revenue.

He added:” Before now, customers used to troop into our offices for subscription, especially those that can’t afford high subscription rate. Now that those affordable cable TV stations have been shut down, it is like we are no longer in business. ”

He urged the Federal Government to treat cable TV stations equally so that customers will have different options and enjoy various programmes like it is done in other parts of the world.

The National Chairman of ACON, Kunle Afolabi had earlier in a press statement issued in Port Harcourt said during the raid on CAN TV, Metro TV and CTL in Port Harcourt, the EFCC operatives destroyed equipment and made arrests.