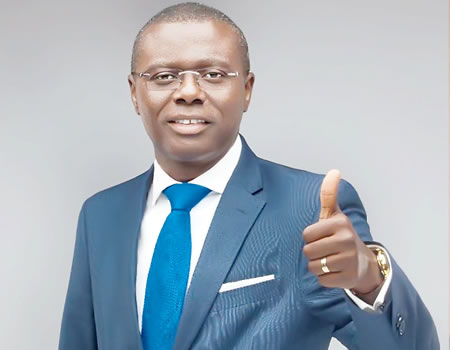 Lagos State chapter of the All Progressives Congress (APC) has described victory of the party in the last Saturday by-elections as a vote of confidence in the administration of Governor Babajide Sanwo-Olu.

The spokesman of the party, Seye Oladejo said that the Lagos APC appreciates the support of the electorates which translated into an unprecedented 89 per cent of the total votes cast in the by-elections.

He, however, assured all Lagosians of the party renewed commitment to good and impactful governance adding, “Our government is mindful of the need to redouble our efforts to address the various areas of challenge as an appreciation of the renewed confidence.

“We should also commend our opponents whose sheer falsehood and desperation served as additional impetus to work diligently for the victory.

“While our opponents focused on unimpressive rhetoric which failed to impress the electorates, we presented candidates with an impeccable pedigree who will undoubtedly complement the progressive governance in the state. The failure of the campaign of calumny, once again, demonstrated the political sophistication of Lagosians who saw through the facade of deliberate misinformation, deceit and propaganda.”

While acknowledging the footprints of the Lagos State government in all sectors of the state economy, Oladejo affirmed that, “As the euphoria generated by the peaceful conduct and the unassailable victory of the ruling All Progressives Congress, APC, in the recent by-elections in the Lagos East Senatorial District and Kosofe 2 of the Lagos State House of Assembly, continues to reverberate throughout the nation, the eloquent message therein should not be lost on all and sundry.”

I did not order arrest of PDP supporters, Ebonyi council boss says