Business shut down, as Bayelsans honour of Isaac Boro 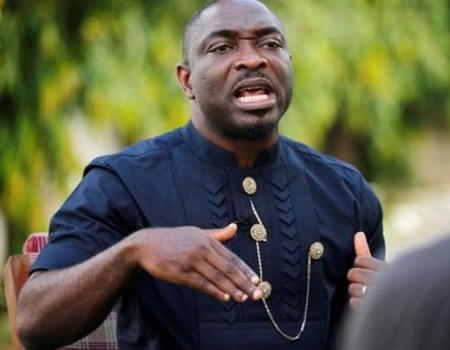 AS the Government and People of Bayelsa celebrate the life and time of Ijaw hero, Late Isaac Jasper Adaka Boro, trade and commerce and other business activities in the ever busy state was shut down as a mark of honour for Isaac Boro memorial event in the state.

The Late Isaac Boro, who is the doyen of the Ijaw struggle, it was gathered was the first Ijaw son to challenge the injustice, exploitation, deprivation and neglect of suffered by the Ijaw people in the Niger Delta region.

Residents of Yenagoa were surprised as they woke up to discover the business activities had shut down, as groceries shops and kiosk owners comply with government directive to respect the solemn memorial events of the Ijaw hero.

However, it was learnt that some irate youths that observed last years Boro day destroyed some kiosk, and carted away some goods in some shopping mall that were opened in defiance to government directive.

At the Ijaw National Academy, Governor Seriake Dickson called on all sons and daughters of the Ijaw nation at home and Diaspora to imbibe the selfless, patriotic and love demonstrated by the doyen of the Ijaw struggle, Late Isaac Boro.

He submitted that Isaac Boro challenge the injustice meted to Ijaw people from the point of knowledge, stressing that he took time to acquire education to liberate Ijaw people at the prestigious University of Nigeria Nsuka, where he became the president of the student union government.

Dickson therefore enjoined the youths to shun brigandage, cultism, sea pirate and abduction of fellow human as article of trade in exchange for money, urging them to tow the exemplary lifestyle of Isaac Boro by educating their minds at the various citadel of learning built by the Restoration Government in the state.

According to him, government has invested so much in education to give the people of the state a bright and secured future, as leaders of tomorrow, pointing out that some of the schools are the Ijaw National Academy, the 25 constituencies schools, the four boarding schools, the Ijaw language centre among others.

In his remark, the State Commissioner for Education, Hon Jonathan Obuebite emphasized the need for Bayelsans to take advantage of the investment that the Governor has made in education.

Elections: State chapters can use any party ―PDP, NCC

Ease of doing business in Kwara will change — AbdulRazaq