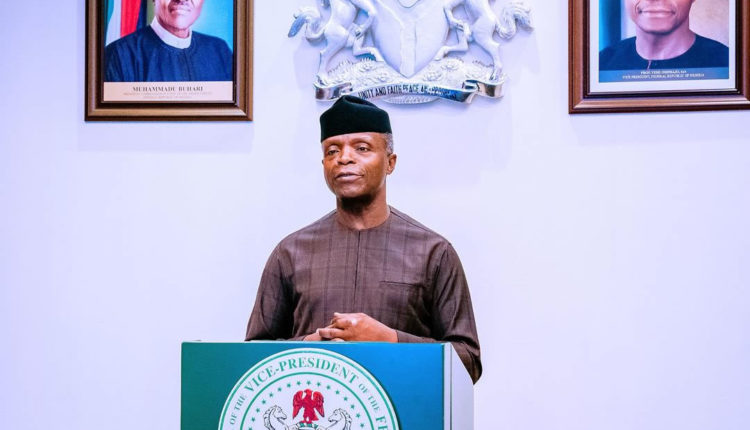 Vice President Yemi Osinbajo has said that the Federal Government’s business reforms, through the Presidential Enabling Business Environment Council (PEBEC), is an opportunity to boost local and foreign investments in the country.

Osinbajo’s spokesman, Laolu Akande, in a statement on Tuesday in Abuja, said the vice president spoke at a virtual meeting of the PEBEC to review the state of the reforms across a number of government agencies.

The vice president Yemi Osinbajo said that the Federal Government would continue to take the opportunity and ensure that more results are recorded.

VP Yemi Osinbajo said that as a result of the work of PEBEC, the World Bank had praised the economic direction of the President Muhammadu Buhari’s administration and ranked the country higher in its annual Ease of Doing Business Rankings.

ALSO READ: WHO expresses concern over impact of COVID-19 on indigenous people

“This is a country with so much promise, this is a country that has so many resources and our administration has every opportunity to do something profound about investments in Nigeria.

“We must focus on how to get our business environment working,” VP Yemi Osinbajo said.

Earlier in his presentation, Mr Niyi Adebayo, the Minister of Industry, Trade and Investment expressed optimism that the challenges observed in sustaining the successes recorded in the reforms would be addressed.

On his part, Alhaji Mohammed Bello, the Minister of the Federal Capital Territory (FCT), said sustaining the PEBEC reforms was a priority for Nigeria.

He said that Nigeria’s rating would not have improved in the Ease of Doing Business rankings if not for PEBEC.

Dr Jumoke Oduwole, the Special Adviser to the President on Ease of Doing Business, said the Enabling Business Environment Secretariat (EBES) would continue to drive the mandate of PEBEC through extensive collaborations.

She added that the National Action Plan 5.0 had been extended to July 29.

Also present were the Minister of State for Industry, Trade and Investment, Amb. Mariam Katagum, Head of Civil Service of the Federation, Dr Folashade Yemi-Esan among other members PEBEC.(NAN)

WHO expresses concern over impact of COVID-19 on indigenous people