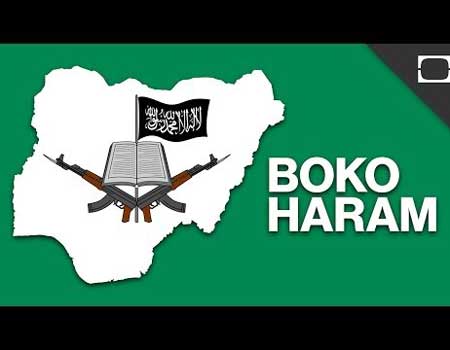 Delta-based business mogul, Chief Sunny Onuesoke, has called on the Senate to abrogate the bill for the establishment of an agency for  repentant Boko Haram members.

Reacting to the bill which was sponsored by Senator Ibrahim Gaidam, representing Yobe East senatorial district Onuesoke, said it was a waste of fund, time and indirect encouragement of the dreaded group if the bill is allowed  to exist.

The former Delta State governorship aspirant argued that  whereas victims of Boko Haram attacks had remained substantially neglected in Internally Displaced Persons (IDPs) camps and exposed to the evils of rape, hunger, malnutrition and other socio-economic vices, the Senate has turned its attention to providing a haven for those who maimed and killed.

He described the bill before the Senate  as satanic and unconstitutional,  adding that those who declared war against innocent citizens and participate in genocide are supposed to be  rounded up, prosecuted and made to face the full weight of the law.

Onuesoke maintained that whosoever proposed the bill to grant amnesty to criminals who killed, maimed, raped and destroyed innocent peoples lives and property, and threw the country into jeopardy must be thoroughly investigated and marked as enemies of the state.

He warned that the move to legislate outright pardon of armed terrorists under the guise of de-radicalisation programme could result   in creation of more insurgent groups worse than Boko Haram in the  short, medium or long term.

“How many of those so called repented Boko Haram members are Nigerians?  Has anybody verified the certainty of their nationalities?

“Besides, what are the evidences to show that they have repented? When were they prosecuted? In which court and who was the judge? What is wrong with the present Senate?  It is a shame that those who claim to represent us appear to be against us with their actions,” he said.