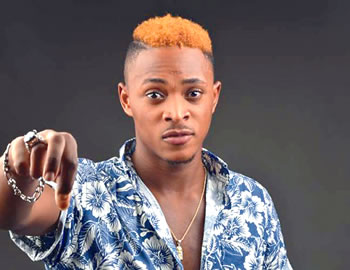 Nollywood actress, Bukky Wright, appears to have finally thrown her weight behind the music career of her son, Ojayywright.

The mother and son were said to have been at loggerheads when her son decided to delve into music against her wish.

The misunderstanding, many had feared, would affect Ojay’s music career due to his mum’s popularity and fame in the entertainmnet industry.

But the latest gist in town is that Bukky and Ojay have put their misunderstanding behind them and have decided to work together. In fact, Bukky was quoted to have said that it was normal for mum and son to disagree in order to bring the best out the son.

Ojayywright who most people call mummy’s boy said he did not care what people call him as long as his music career is progressing.

With his new video, Mofo, a romantic song, which was released days back, Ojay appears ready to continue to raise his game and push himself above the limit after the success of his debut single, Kritical.

Ojayywright, said to be a medical doctor featured Moyo Lawal, who is a top notch in the Nollywood industry, in the video. The video was shot in six locations in Lagos State and directed by OMG.

In the video, Ojayywright met a beautiful lady he fell in love with, they both shared and enjoyed beautiful moments until he woke up to see it was all a dream. There’s a twist to it as the video has a continuity for another day.