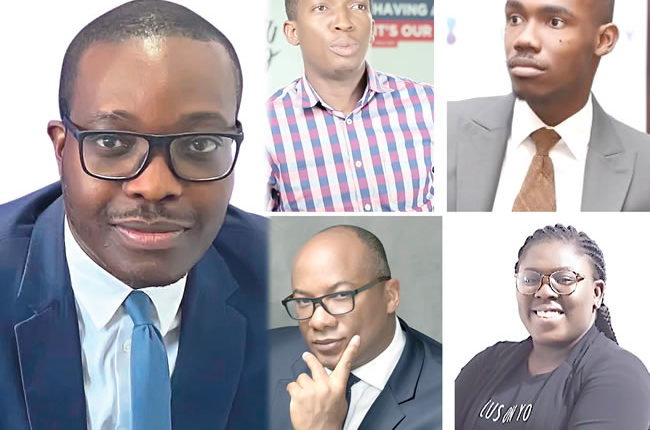 Leaders ascend the height on the ladder of trust reposed in them. For anyone to get into a leadership position, especially one that is not hereditary, he must have earned the trust of those who made the ascent a reality. However, the trust which got the leader into position is a mere deposit; making a success of the position and remaining relevant while holding the position require the growth of the deposit because trust is leadership collateral.

Leadership thrives on trust. Trust is so fundamental to leading that losing it marks the end of the substance of leadership, what is left after that is mere shadow. A leader who is not trusted by the people can never get the result he wants. Leaders who inspire trust, usually, literally have the people eating out of their palms; they can motivate their people to accomplish anything. When a leader is trusted, no task is unachievable for his team; no height is un-scalable for them. Management skills, vision, drive and positive attitude are all essential in a leader’s armoury, but without trust, they don’t amount to much and can achieve nothing of appreciable significance.

Leaders begin to run into trust crisis when they start disrespecting their people. This looks tangential but is quite critical. The truth is that a person only acts in consistence with his conviction. If a leader holds his followers in contempt, he consciously and unconsciously begins to devalue them; he shows little concern about what matters to them. On the other hand, if a leader respects his people, he will advertently and inadvertently act in ways to increase their worth; their wellbeing, challenges and concerns will be paramount to him. Neither a leader’s respect nor his disdain is lost on the followers and they reciprocate accordingly. So, to earn his people’s trust, a leader must consciously, continuously and unrepentantly respect those he leads.

Unilateral decisions. Deciding for others before inviting participation arrogantly says you don’t matter.

Poor listening. When others feel you don’t understand them they are disrespected.

Rudeness. You can seem harsh even when you don’t feel harsh.

Emphasizing past failures as a tool to motivate forward momentum.

Cutting them off when they’re speaking.

Looking at your computer or BlackBerry while they’re talking.

How to build trust

Leaders grow their trust deposit by doing the following:

To earn the trust of the people you lead, you must serve them. You must work to improve their lot. Service attracts devotion which is a product of trust. So, when a leader genuinely serves the people he leads, he wins their hearts and earns their trust.

When a leader offers service that helps his people achieve their goals, they idolize him. He is elevated in the thinking of the people and they are willing to do anything for him. That is what happened to Nelson Mandela of South Africa. He served the people. He did for them what they could not do for themselves. He helped them to accomplish their goals of self rule. He did not betray their trust. As a result, the people loved, trusted and adored him. He was worshipped in life and even in death.

Leaders who want to grow their trust deposit do not wait to be served, they serve others. They know that the core of their calling as leaders is to serve the people under their watch. Many people who find themselves in leadership positions do not understand what it means to serve the people. Some of them may even have good intentions but may be unable to translate these to reality because of their lack of understanding of what is meant by serving others. Serving others means doing for them what they cannot do for themselves. By doing for them what they cannot do for themselves, a leader adds value to his people, makes them better than they were before their coming together and helps them to accomplish their aspirations.

When a corporate leader genuinely serves the people, he turns the workforce into his ally. This positively impacts on the bottom line as the people work their hearts out to ensure that they reciprocate the good gesture of their leader.

Be strong on integrity

Leaders need to understand one thing; while followers may excuse foibles in themselves, they do not give their leaders that privilege. They believe that their leaders must be above board. This expectation is not misplaced; leaders are to model the right behaviours. That is why they are leaders. When leaders demonstrate integrity and do not soil their hands with filthy lucre or their reputation with fleshly desires, they earn the trust of those they lead.

What is important to all stakeholders is trust; they want to have a lasting relationship with organizations they can trust and this is a matter of integrity. Stakeholders are comfortable with organizations that are founded on integrity because they know that such organizations will always have their back. Shareholders want their businesses to be properly managed so that there will be adequate returns on their investment; the best hands want to work for ethically sound companies that they can trust to protect their career interest, the government also appreciates organizations that conduct their businesses with integrity. A company built on integrity enjoys customer preference in a competitive environment because the customers have come to associate the company with quality. The company also reaps value appreciation from financial market. No company can fully realize its potential until it starts conducting its business ethically.

Show interest in the personal affairs of your people

A leader must refrain from seeing his followers as a means to achieving his personal goal. He must be genuinely interested in their wellbeing. If he does this, he will be able to establish a relationship with them that transcends the task to be performed. This has three major benefits; it births a bonding between the leader and the led, builds trust and boosts the follower’s performance.

When an employee believes that his superior cares about his wellbeing, he feels loved and reciprocates by doing his work well. But when a leader goes a step further to show interest in his employee’s personal aspirations, the employees feels so important and stops at nothing to give his best to the organization. However, when the leader shows interest in his family; his children, spouse and parents, the employee is sold out to the leader. Not only will he do his work to the best of his ability, he will also encourage others to do the same because the leader has created an atmosphere of conviviality that makes him feel wanted, appreciated and loved.

Employees will trust their superiors and go out on a limb for their organizations once they are convinced that their CEOs have their back. Employees are encouraged to take risks for their organizations if they know that they will be protected should things run contrary to expectations. What leadership demands from the followers most of the time is total commitment. But commitment does not happen in a vacuum. Commitment is a product of trust. When employees know that the CEO will protect them, they grow to trust him and this inspires commitment in them. When leaders make it abundantly clear that they will protect their subordinates’ interest even beyond the call of duty, what they earn in return is the trust of such subordinates. One thing about trust is that it cannot be legislated; it is a response to the leader’s attitude to others. A leader that values his people and cares for them will earn their trust with ease. On the other hand, when a leader is ready to punish every misstep of his subordinates, it will be difficult to earn their trust. The best the leader can hope to get from them is compliance. The difference is that while the committed are willing to go the extra mile, the compliant are not willing to go beyond the call of duty. While the committed own the task, the compliant do not. They do not see the task as their own but the leader’s. So, they are not bothered by its success or failure.

To be trusted, a leader must not be like a shifting shadow. Consistency comes from the leader’s commitment to the vision of the organization and his avowed principles. Consistency is critical because many people cannot cope with sudden changes. If there is going to be a change they want to be in the know in advance, so they are unable to trust an inconsistent leader. An inconsistent leader may arrive at his destination but may not have anybody following him.

Although accountability is mutual, many leaders go about believing that only the subordinates should be accountable. But this is a fallacy. Trust is strengthened in an atmosphere that encourages accountability. Non-accountability allows suspicion to flourish. Trust flies where suspicion thrives.

People submit themselves to others’ leadership because they believe the leaders have some qualities they admire. For as long as the leaders exhibit the traits loved by the followers, they will enjoy their trust. However, when the leader drops the ball, he loses the trust of the followers and destroys his leadership.

Trust is a leadership burden made light by devotion to the people and commitment to the vision.