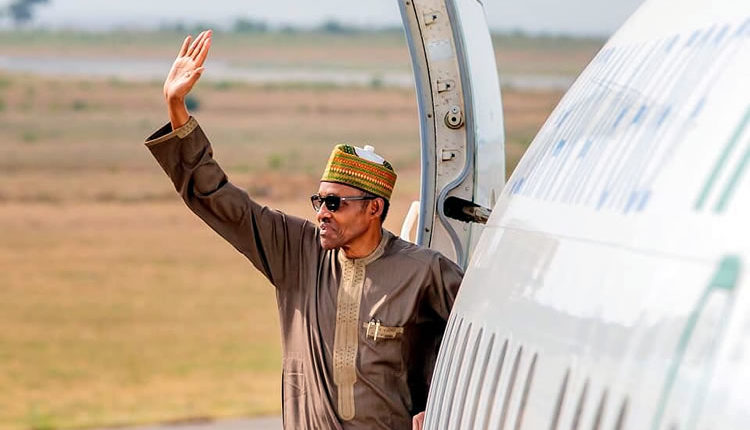 A group, Alliance for the Survival of COVID-19 and Beyond (ASCAB), on Wednesday, flayed President Mohammadu Buhari’s constant visits to the United Kingdom (UK) for a health check, saying such attitude depicts the terrible state of the country’s medicare due to neglect, adding that it also assaults the nation’s National Health Act.

ASCAB, the labour and civil society coalition group, declared this stand in a statement signed by its chairman, Mr Femi Falana, saying it was contradictory for President Buhari to go abroad for medicare when billions of naira were allocated to the health sector yearly apart from the huge amount of money credited to the Presidential Clinic in Aso Rock.

This was just as the coalition traced the tragic weekend deaths of two prominent human rights activists, Mr Yinka Odumakin, who was also spokesperson of Afenifere, and Innocent Chukwuma to the parlous state of Nigerian healthcare, saying that the duo, like millions of Nigerians in rural and urban areas, would have lived in the country if leaders had funded and equipped hospitals for prompt diagnosis and treatment.

According to Falana, it is a shame to discover that the Nigerian president could be visiting the UK for healthcare 60years after independence, saying such a situation confirmed that Nigeria cannot guarantee the health of her president even while the country can boast of a rainbow of experts and Teaching Hospitals that had been left to rot away.

“The president of Nigeria visiting the United Kingdom, for healthcare 60 years after independence is a shame. It confirms that Nigeria cannot guarantee the health of her president even while the country can boast of a rainbow of experts and Teaching Hospitals that have been left to rot away,” he said.

ASCAB, while saying that Buhari’s action violates the constitution of the country, wondered how possible for a country to cater for the health of ordinary people on the streets if it could not secure the well being of her president.

It lamented that millions of Nigerians had no access to basic healthcare while primary health provision had almost been abandoned across the country leaving millions in despair.

“The total neglect of public healthcare in Nigerian has seen millions of people lose their lives from preventable deaths. While many people die in millions every year, armed and defenceless people, rich and poor suffer from the tragic neglect of the Nigerian health sector by the Federal and state governments. The latest known victims are Yinka and Innocent, two people that were reputed for immense sacrifices in the pro-democracy campaigns but have to die due to government’s poor funding of the health sector and corruption at all levels,” ASCAB said.

Speaking further, ASCAB said President Buhari had consistently breached the law as his medical treatment and check-up in the United Kingdom had not been recommended by a Medical Board approved by the Minister of Health in line with Section 46 of the National Health Act.

Besides, the coalition argued that for Buhari to leave the country at a time of national strike by doctors under the aegis of the National Association of Resident Doctors (NARD) showed his disdain for the health sector, knowing that he and his family, like many top government officials depended on foreign hospitals for the healthcare at public expense.

ASCAB expressed full support for the strike embarked upon by NARD and Judiciary Staff Union of Nigeria (JUSUN), saying the demands of the medical and judicial workers were driven by patriotism and the need to protect the integrity of the country.

On the strike by JUSUN, ASCAB lamented that access to justice was increasingly becoming the right of the rich and the privileged, adding that denial of justice and the monopoly of liberty by the rich had the potential of spurring violence across the country.

In spite of the huge investment in the water sector by the government and international organisations, water scarcity has grown to become a perennial nightmare for residents of Abeokuta, the Ogun State capital. This report x-rays the lives and experiences of residents in getting clean, potable and affordable water amidst the surge of COVID-19 cases in the state…Buhari’s frequent medical trip  Buhari’s frequent medical trip