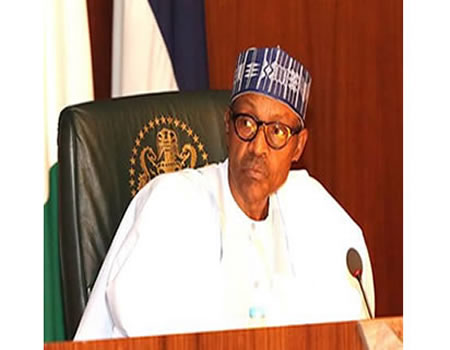 Following the continued absence of ailing President, Muhammadu Buhari, a legal practitioner and convener of the office of citizens of the Federal Republic of Nigeria, Mr Pelumi Olajengbesi on Thursday, called for an amendment of the country’s constitution.

This is even as he condemned the action of Police officers towards the anti-Buhari protesters who were calling for the resumption or resignation of the President.

Addressing newsmen in Abuja during a media parley, Olajengbesi stated that the continued absence of the President on the basis of ill-health was a major blow to democracy.

He stressed the need for proper amendment and interpretation of the section 144 of the constitution on prolonged absence of any President, adding that the call for Buhari’s resumption or resignation from different quarters was not out of place.

“As I speak with you today the President has complied with the requirements of the law. The law says that if you are leaving the country, he should communicate with the Senate which he has done. But we are not talking alone about the law but we are also talking about the business of social contract when you employ a person to do a job for you, the person cannot leave and just disappear.”

He further revealed that explanation in the section 144 of the Nigerian constitution did not cater for the prolong absence of any sitting President.

Olajengbesi, to this end, submitted that the section 144 of the constitution is a complete heresy that needs to be clarified by the court.

“So what we are saying is that we are calling on the Nigerian Senate to ensure that that aspect of the constitution is revealed. We said we are going to approach the court through an originating sum for an interpretation of the section 1B of section 144, the reason is because when you look at the position of the law in section 144, the intentions of the writer did not contemplate the situation we have today, however, because of exigencies the constitution can also be interpreted to suit the president’s situation, but that is not within my ambit, it is the decision of the law.

Bill against hate speech in the pipeline ―Dambazzau