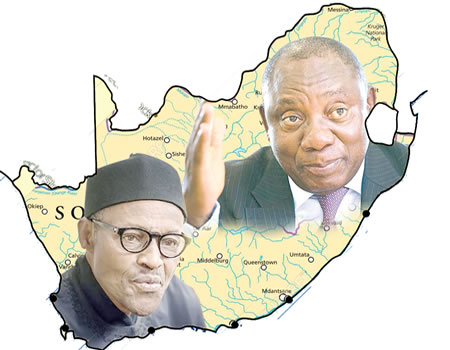 President Muhammadu Buhari will visit South Africa in October to reinforce the bonds between the two countries after a wave of deadly riots and xenophobic attacks, Reuters news agency quoted the South African presidency as saying on Saturday.

South African President, Cyril Ramaphosa said on Thursday that at least 10 people had been killed, two of them foreign nationals, in violence that began in Pretoria and spread to nearby Johannesburg.

But the country’s presidency said Buhari would make a state visit to South Africa in October to help develop responses to the challenges in both countries after Ramaphosa held discussions with Nigeria’s special envoy.

“The special envoy conveyed President Buhari’s concern at recent events in South Africa, in the context of the strong and cordial relations that characterise the interaction between the two countries,” the presidency said.

It said Buhari’s government planned to act against the targeting of South African assets in Nigeria and reaffirmed relations with South Africa.