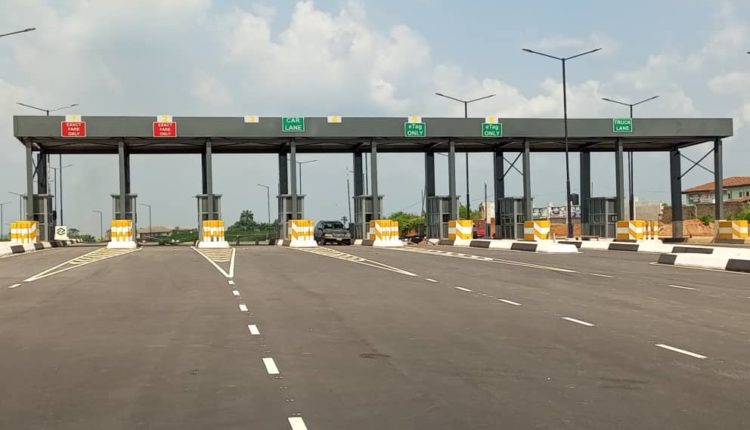 This was disclosed by the Ogun State Commissioner for Works and Infrastructure, Mr Ade Akinsanya while conducting some members of the Nigerian Society of Engineers (NSE) and the Council of Registered Engineers of Nigeria, (COREN), round some infrastructural projects embarked on by the Prince Dapo Abiodun’s administration.

Akinsanya said that the 14- kilometer road had already been fitted with security posts, street lights, toll points at both ends, and other road furniture while adding that the flyover on the Sagamu-Benin expressway linking Ijebu-Ode is almost completed.

He added that the Gateway Citygate located at the Sagamu-Papalanto /Abeokuta Interchange project is almost ready for commissioning.

In his remarks, the former chairman of NSE in the state, Mr Ahmed Apampa commended the governor for turning the state into the industrial destination of choice.

He said, “We have no doubt that this will contribute to a very great extent to the economic development of our dear state, in fact, the governor has done beautifully well in turning the state to the economic hub of the country, especially through infrastructural development”.

Apampa urged the governor not to relent on his oars but expedite actions on the completion of all the ongoing projects including those inherited from the previous administration.

The COREN boss, Mr Mutiu Odesanya, eulogized the governor for not compromising quality in all the projects embarked upon by his administration, calling for constant maintenance of infrastructure in the state.