‘Buhari should look for best hands to run the economy’ 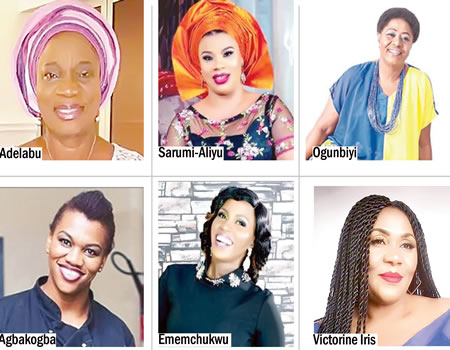 President Muhammadu Buhari of the All Progressives Congress( APC) was announced as the winner of the February 23 presidential election by the Independent National Electoral Commission (INEC). TAYO GESINDE spoke with some women on what they want the president to do in his second term in office.

Deaconess Doyin Ogunbiyi, Convener, Voice of Ogun Women:  I expect President Buhari to  be more firm  and prompt in taking decisions.As a  man of  integrity which he is reputed for, he should demonstrate it to the letter by having zero tolerance for anything or anybody  who wants to tamper with his reputation. The president will score an excellent mark if he tackles the problem of electricity in order to boost the country’s economy. He mustn’t give room for distractions, especially from Aisha and the cringers around him called  cabal.

He must prove that he means well for Nigeria. I expect him to overhaul his entire cabinet to be replaced with young and  dynamic technocrats  who have good ideas  and solutions to our challenges in this nation. He should as a matter of priority put a stop to  the  insurgency in the North and killings by Boko Haram. Finally, I believe Buhari knows where the shoes are pinching and those responsible for the pains. He knows what  exactly  to do, to restore peace and improve the economy. So, let him be courageous to act.

Professor Modupe Adelabu, Former deputy governor of Ekiti State: I am happy President Muhammadu  Buhari has been given another four years. I appreciate his support for women thus far but I want to request for more engagement of women in his new cabinet and in various parastatals.

Bola Sarumi Aliyu, governorship candidate National Interest Party: I expect President Buhari  to touch the welfare of the people. The underlying factors need to be treated. For instance, why are the people living in extreme poverty? He is to ensure  his cabinet is gender-friendly.The president must also ensure that we have free education for all children up to secondary school level.

I think he now needs to put to work all the looted money that has been recovered. His next budget should be partly financed by the recovered funds instead of borrowing funds. He should stop  herdmen’s  killing with the appropriate law and create jobs promised to the Nigerian youth;  improve school and university standards.  Also, from his own health experience, a hospital upgrade is needed across Nigeria. Maternity units need to be better equipped.

Reverend Nkiruka Victorine Iris, Victorius Virttuous Women Ministry International: If you compare his popularity this second term and the fist time he was elected in 2015,  you will see that it is not the same. They are a lot of controversies, a lot of people are aggrieved, meaning what they were expecting when they voted him in the first time was not what they got four years after. So, what I am expectating this government to do  this time is to try to appease everyone and let there be fairness to all, especially in the part of the country that is aggrieved.

When he was sworn in the first time, President Buhari said he was not for anyone, he was for everyone. We didn’t see that in action. What we saw was a lot of  divisiveness and discrimination, especially in his appointments. He should really work on this so that when he leaves at the end of his tenure, he will have something to leave behind that the country will remember him for.

We all know that the economy has not been good, I expect the government to look for the best hands and best brains to run the economy of Nigeria. You can’t just sit down as the father of the nation knowing your children are hungry and going through the worst time of their lives and go about as if nothing is happening. We don’t expect him to do it all but we expect him to at least pick the right hands that can turn the economy of this country around even if they are not people from your party. You don’t have to appoint your party members alone, the country belongs to everone. He should look for good economists from different quarters and bring them together.

Also, the president should have respect for the rule of law, the constitution of this country should be respected. The use of force and  harrassment of the opposition should stop. Buhari should take over Nigeria from the cabal and rule the country himself in the next four years. He should take charge and be on top of his game. All those ruling without being elected should be sent packing.

Finally, the period of blame game should be over.Let this government take full responsibilty for making Nigeria work again and possibly leave it much better than they met it.

How coronavirus and lockdown taught us the essence of diversifying —Womenpreneurs