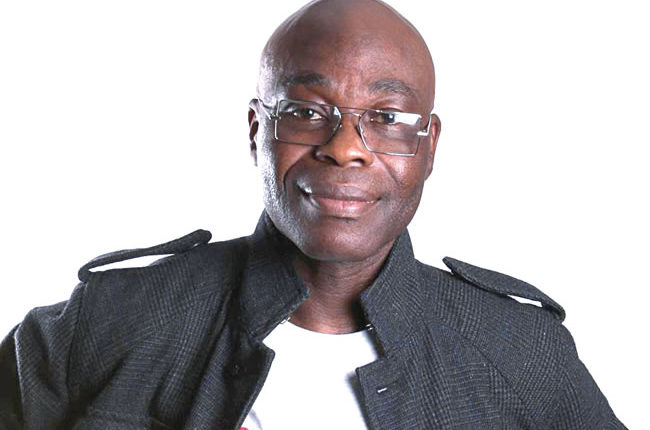 Ajisebutu founder and president of MansMark Records, an entertainment outfit and A.Y.ZERO clothing brand in Los Angeles, California, is an activist who launched many campaigns to address issues relating to Nigeria in the United States. In 1995 he organised several rallies to save the Nigerian human rights activist Ken Saro-Wiwa and the Ogoni 9 from being killed by the late General Sani Abacha and later joined forces with Nigerians in Oakland and San Francisco area to form Free Nigeria Movement. His current single “Make a Change” is already making waves, speaks on the Nigerian situation and how the government can effectively halt the rampaging herdsmen.

What is your reaction to Fulani herdsmen/ farmers clashes which have created tension across the country?

Let’s first look at what we have here Fulani herdsmen terrorising farmers. The farmers are stationary and the herdsmen go to people’s farms to feed their animals at the expense of the farmers and if the farmers refuse to cooperate they get killed. You can’t say it is armed robbers and home owners’ clashes when home owners fight back at an intruder. The situation is very the disturbing. It is a backward thinking and it’s very dangerous to the unity of Nigeria.

Abolition of open grazing has been offered as solution. Do you agree with this?

Yes, I agree wholeheartedly. Any primitive form of commerce that does not conform with modern economic systems should be reformed. Nigeria has more than enough capable people to turn her into something like Dubai but the process of electing managers (leaders) in the country is faulty. Good managers find solutions and create systems that enable continuous growth.

Agitation for self-determination, especially by the Igbo and Yoruba, is gaining momentum. Do you support breakaway from the country as the way forward?

I do not support breaking of Nigeria into pieces but I support the reasoning behind the agitation for self-determination. Let’s use three business partners as an example. Each partner used to operate his own successful business at a point in time and one day a business magnate discovered them and packaged them as a conglomerate in order for the partners to generate more profits for all. As time goes on, two of the partners felt they are not getting equal share from the profits they generated together and decided they want to go back and run their small shops. You can’t blame them.

Looking at the way President Muhammadu Buhari has handled the crisis the country, would you say he has done well?

The nation is in crisis because there’s a leadership vacuum. It’s either the burden of running Nigeria is too heavy for the president or he is not that concerned. If he is concerned about the citizens’ well-being, he would have been more vocal and engaging with the people of Nigeria. Nigeria needs an active leader with compassionate heart that can inspire unity with his own deeds and actions.

The people behind the reopening of the tollgate are detached from the young Nigerians that are asking their government to treat them like humans. If they were connected to the people that were killed at the tollgate, they would have seen to it that its reopening is tied to some kind of justice for the Endsars victims. No single soldier has been identified for the killings of the protesters. The families of the victims are still crying for justice.

How Gumi is fuelling religious war with his utterances —Panya

Why Oduduwa Republic agitators have ditched calls for restructuring for…

Breaking up Nigeria will not solve but create more problems —Yakasai