Buhari right on rejection of state police, but –Dambazau 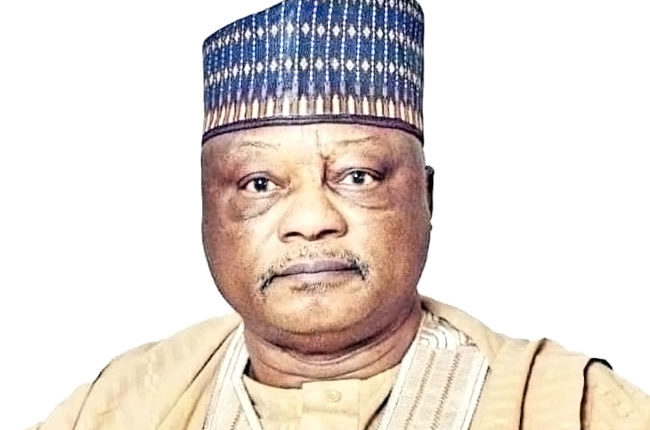 The Managing Director Kano State Consumer Protection Council, Brigadier General (retd) Idris Bello Dambazau, spoke to KOLA OYELERE on the rejection of state police by President Muhammadu Buhari, failure of the All Progressives Congress (APC) to put its house in order, among other issues.

What is your reaction to the rejection of the idea of state police by President Muhammadu Buhari?

Going by this figures which are for a population of over 200 million people, we will see it is not enough. So, the creation of state police will have augmented this shortage. In the first republic, the North had local authority police in addition to the Nigeria Police. With this, there was sufficient coverage for security of lives and property.

So, it is highly necessary to have state police, but as the president said it can be abusive because this is the period of democratic politics and even we have seen cases of the police and other security agencies being abusive to some people to the detriment of other innocent people.

The president is right, but it is necessary if the country has state police, especially one that will not be used to victimise or settle unnecessary political scores. That was the fear of President Buhari.

What is your take on the issue that the president raised about the need for APC to put its in house to stop the PDP from taking over the government?

President Buhari is absolutely right, going by various internal crises that have engulfed the ruling party. As the leader of the party, he can foresee danger in the current crisis situation facing the party because there are too many crises within the rank and file of the party across the states and this needs to be properly addressed. A house that is divided against itself, if care is not taken, will certainty fall.

APC has an advantage of winning any election because the party is acceptable and sellable to the teeming masses in the country. Nigerians have seen the development the party has brought in the past six or seven years in government, comparing with those of the PDP that ruled for 16years. The rancour and acrimony amongst members and leaders of the party need to be urgently addressed. If not resolved, some people may do anti-party and defection and realignment may cripple that may eventually force the party to lose the general elections may set in. Therefore, the APC needs to put its house in order.

How about restructuring that people have been clamouring for?

If there is need for any restructuring, there is National Assembly is in place. Let the lawmakers address that. They were elected to make law and address whatever angle is necessary to be addressed. They are there to collate whatever views and law that deem fit to put in place.

We have restructured from regional to states with the creation of states from 12 to 36 states. Mind you, all these calls are from selfish people and self-serving politicians.

Let whoever wants any amendment or new issue to be injected into the constitution go through the National Assembly because there is constitutional procedure laid down for an amendment.

Do you support the view President Buhari that APC has achieved a lot for the country?

Sentiments apart, the ruling party, in the last seven years, has achieved what the opposition party could not achieve in the 16 years. There is no doubt about that there are two issues: economy and security. The PDP started the issue of economy. We all know the so-called economy the party ran, where people were buying private jets like tissue papers. That was what contributed to the present harsh economic situation the country is facing.  The PDP initiated the problem of collapse of the economy, which the president has been battling and to certain extent been able to solve the problem.

On security, the Boko Haram insurgency started from the previous government. They failed to address it. However, the issue of insurgency is properly being tackled by the ruling party. Just some days ago, the Federal Government declared acts of banditry as terrorism. It also gazetted the decision.  That declaration has sent a red signal to those who engage in the act to be afraid and they will subsequently withdraw from the dangerous business.

Still no love between Funke AKindele and Eniola Badmus