Latest NewsTop News
By Adetola Bademosi and Tunde Dodondawa On May 19, 2020 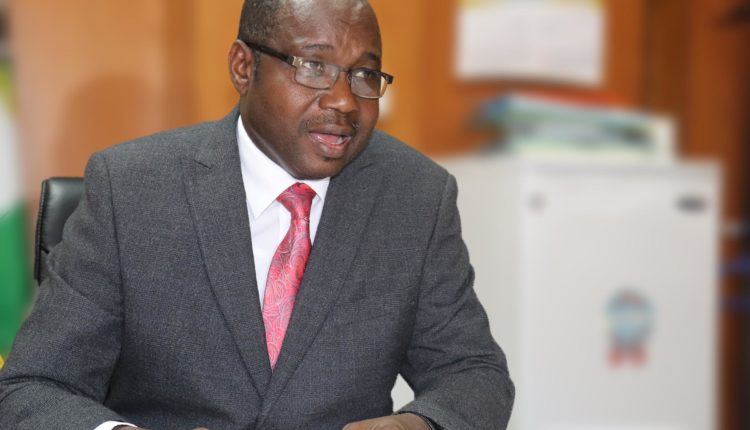 President Muhammadu Buhari on Tuesday removed Usman Gur Mohammed as the Managing Director of the Transmission Company of Nigeria (TCN) and replaced him with an engineer, Mr Sule Abdulaziz.

He was removed about one month after he reportedly sacked a labour leader who was also the General Manager, Special Duties, Transmission Company of Nigeria, Mr Chris Okonkwo.  Okonkwo was sacked on April 24, 2020.

The new Managing Director, Abdulaziz is to serve in acting capacity.

The Minister of Power, Sale Mamman, on Tuesday, made the announcement in a statement issued by the Special Adviser to the Minister on Media and Communications, Mr. Aaron Artimas.

Also, the minister confirmed the appointment of four new directors who have been in acting positions.

Usman Gur Mohammed was appointed in 2017 on secondment from the African Development Bank(AFDB) to serve as an interim Managing Director and Chief Executive Officer of the TCN.

He resumed with a 12-month non-extendable deadline to complete his transformational mandate and set Transmission Service Providers and Independent System Operators on a path of greater operational efficiency and effectiveness.

However, in 2018, the President approved his appointment as the company’s substantive Managing Director.

Meanwhille, a source within the power sector told Tribune Online that Gur’s sack might be unconnected with the threat by the TUC and the Senior Staff Association of Electricity and Allied Companies (SSAEAC) over the sacking of a labour leader, Comrade Chris Okonkwo, by Mohammed Gur without due process.

His sack generated a negative reaction from both the Trade Union Congress (TUC) and the senior staff of the company.

The TUC, in a letter to the Minister of Labour and Employment, Chris Ngige, protesting the sack, stated that the purported sack is in futility due to the fact that the originating matter is yet to be addressed by the minister.

“The crisis in Transmission Company of Nigeria has been severally reported to your office, despite your intervention which is ongoing, the Managing Director of the company has issued a sack letter.

“This is an exercise in futility because it is beyond the power of the Managing Director; Only the minister can exercise such power in the extant laws.

“It is also an attempt to dare Labour and an embarrassment to Labour community for sacking a sitting president when a matter is already before an arbiter and has not been concluded,” it stated.

TUC added that it is a “declaration of war and we are prepared for him; as law abiding citizens, we have brought the matter for urgent intervention.”