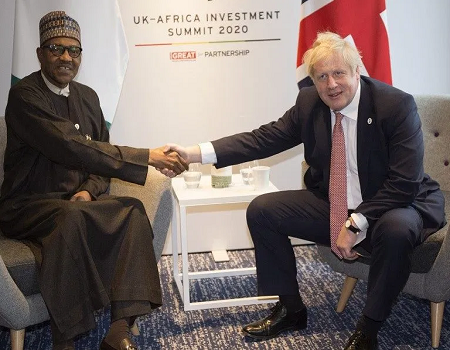 The Presidency says the stage is set for a new trade regime between the UK and its old partners as well as an alignment with new trading partners following the exit of the United Kingdom from the European Union.

The Senior Special Assistant to the President on Media and Publicity, Malam Garba Shehu, stated this in a statement in Abuja on Monday.

He said: “President Muhammadu Buhari, understanding the inevitability of the situation, had stated earlier of the opportunities presented by Nigeria and indeed other nations of the Commonwealth in the emerging trade scenario occasioned by the Brexit.

“It is, therefore, heart-warming that Prime Minister, Boris Johnson, also believes that indeed, a new dawn awaits the United Kingdom in its trade relationship with countries within the Commonwealth, Nigeria inclusive as reflected in his speech earlier Monday in Greenwich.

“President Buhari, while writing on, A new case for a Commonwealth based on trade, on the eve of the ‘UK- Africa Investment Summit’ in London in January, had said: `I like many other Commonwealth leaders, also seek a new settlement: not only of closer relations between the UK and my own nation, but of unleashing trade within the club in which we together shall remain.’

“With a population of nearly 200 million made of largely of vibrant and energetic young men and women brimming with ideas, and being the largest economy in Africa, Nigeria looks forward to a trade engagement with the United Kingdom.”

He said this would undoubtedly present for Nigeria and indeed the Commonwealth a mutually benefiting dawn.

According to the presidential aide, Buhari is optimistic that the forthcoming Commonwealth meeting in June promises to be one to look forward to by all participants.