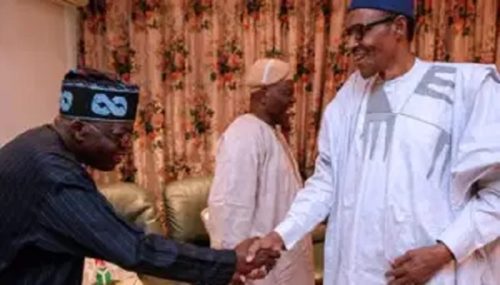 President Muhammadu Buhari, on Monday night, met with Governor Babagana Zulum of Borno State ostensibly over the worsening insecurity in the Northeast.

The meeting with Zulum and the one with Tinubu and Akande took place at the president’s official residents but separately.

In spite of the huge investment in the water sector by the government and international organisations, water scarcity has grown to become a perennial nightmare for residents of Abeokuta, the Ogun State capital. This report x-rays the lives and experiences of residents in getting clean, potable and affordable water amidst the surge of COVID-19 cases in the state… Buhari meets Zulum, Tinubu, Akande in Aso Rock

The Lagos-Ibadan railway was inaugurated recently for a full paid operation by the Nigerian Railway Corporation after about a year of free test-run. Our reporter joined the train to and fro Lagos from Ibadan and tells his experience in this report… Buhari meets Zulum, Tinubu, Akande in Aso Rock

Clerk of Senate swears in Ibezim as Imo North Senator