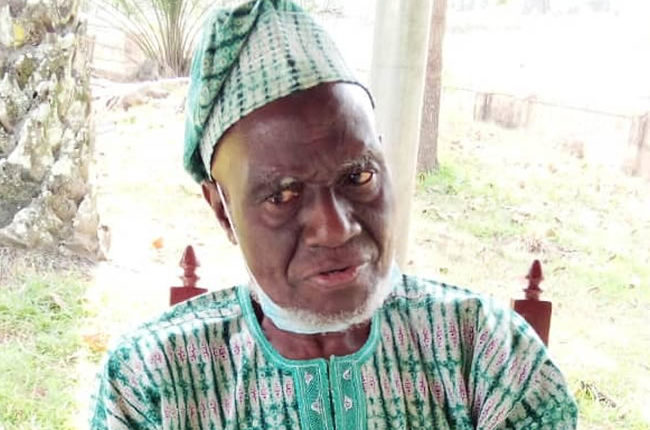 President Muhammadu Buhari has joined the Nigeria Labour Congress (NLC) and workers in the country in celebrating pioneer President of the congress (1978-1984), Alhaji Hassan Adebayo Sunmonu, on his 80th birthday, which comes up Thursday.

According to a statement by Femi Adesina, Special Adviser to the President (Media & Publicity), in Abuja on Wednesday, the President rejoices with the former NLC president and his twin brother, Hussein Oyekanmi Sunmonu, on the milestone, saluting their courage for dedicating most of their working life to public service, starting out early in the 60’s as staff of the Ministry of the then Works and Surveys.

President Buhari affirmed that the former Secretary-General of the Organization of African Trade Union Unity (OATUU) left a strong legacy in the public service, and fought diligently for the welfare of the Nigerian worker, institutionalizing a national minimum wage and minimum pension scheme, and consistently negotiating with public and private sector employers on better packages for workers.

As the identical twins turn octogenarians, the President extolled their courage and discipline in always accepting to serve the nation, believing that their knowledge and experiences will continue to inspire many into public service and pressure groups, which continue to work with governments in fostering development.

President Buhari prayed for good health and longer life for Alhaji Sunmonu and his brother, Hussein.

The British Parliament at the Westminster Hall held a debate on ‘e-petition 554150, relating to Nigeria and the sanctions regime’ on Monday. The government of the United Kingdom has however responded…Buhari hails Sunmonu  Buhari hails Sunmonu

The surprise visit made on Friday night by the leaders of the ruling All Progressives Congress (APC) to former President Goodluck Jonathan at his residence in Abuja triggered a stir in the major political camps, resulting in at least four possible theories..Buhari hails Sunmonu  Buhari hails Sunmonu