Buhari gives out daughter, Zahra, in marriage to Ahmed 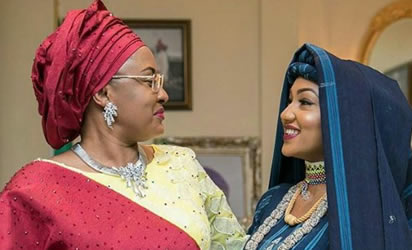 President Muhammadu Buhari on Friday, gave out his daughter, Zahra Buhari, in marriage to Ahmed Indimi.

A representative of the Indimi family whose name was not disclosed, paid 12 gold coins which was converted and valued at N250,000, the amount for the dowry.

The Sarkin Fulanin Daura, Alhaji Yusuf Sani, gave out Zahra on behalf of the Buhari family.

Zahra is the seventh of Buhari’s children. She runs an NGO called ACE which primarily offers free medical care for sickle cell sufferers, while the husband is a businessman.