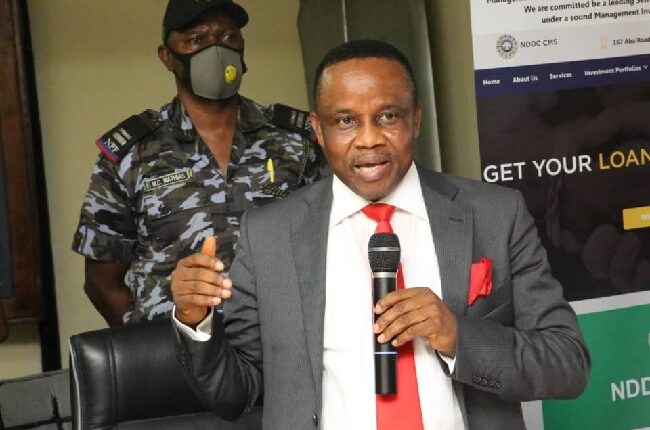 President Muhammadu Buhari has approved the disengagement of the Interim Administrator of the Niger Delta Development Commission (NDDC), Mr Effiong Okon Akwa, from his post with effect from October 20, 2022.

Mr Akwa was appointed interim administrator of the Commission for the duration of the Forensic Audit into the operations of the NDDC, which has now been concluded.

This is contained in a statement issued by the Director of Press of the Ministry of Niger Delta Affairs, Patricia Deworitshe.

President Buhari has also approved the constitution of a new Management Team and Governing Board of the NDDC in line with section 5(2) of the NDDC Act, 2000.

The names of the nominees for the new management team and Governing Board are to be transmitted to the National Assembly for approval.

Why Many States Are Flooded — FG

THE Minister of Works and Housing, Babatunde Fashola, has dismissed insinuation that the present administration sourced infrastructure fund from Sukuk was part of the plan by President Muhammadu Buhari to Islamise Nigeria…

THERE are strong indications that the long-awaited 2023 budget defence scheduled to start next week may be stalled, as National Assembly workers under the aegis of the Parliamentary Staff Association of Nigeria (PASAN)…

The Speaker of the Ekiti State House of Assembly, Funminiyi Afuye, has passed on.

Afuye, who represents Ikere constituency 1, died on Wednesday around 6 pm at the age of 66, after a brief illness…