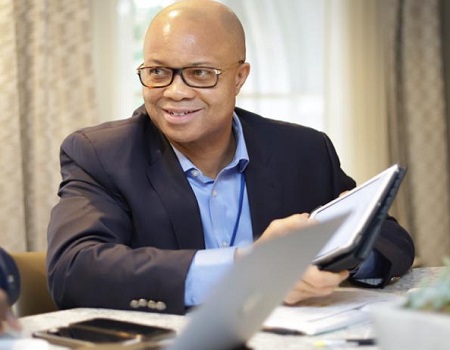 President Muhammadu Buhari has approved the renewal of the tenure of Mr. Benjamin Akabueze as Director-General (DG) of the Budget Office of the Federation.

Akabueze was first appointed as a Special Adviser, Planning (SAP) on February 15, 2016, but re-deployed and appointed as DG Budget on June 10 of the same year.

It was a season characterized by scandals in the management of budget planning and accusations of padding.
The fresh tenure would expire on June 10, 2020.

A statement from Special Adviser, Media & Communications to the Minister of Finance, Budget & National Planning Yunusa Tanko Abdullahi on Sunday explained that the Budget Office “is currently undergoing several reforms under the leadership of Akabueze towards improving the effectiveness and efficiency of the Budget office of the Federation.

“Akabueze has a track record of sterling performance and it is due to his achievements that Mr. President has approved Akabueze’s tenure to be renewed for another term in order to institutionalise the achievements for a sustainable improvement in the Budget Office of the Federation.”

with far more participants showing up than had been approved. In the southern city of Munich, far more people than the 1,000 participants approved by the city wanted to demonstrate… Read full story

COVID-19: States Adopt Austerity Measures To Tame Effects Of Pandemic
COVID-19’s attack on Nigeria’s economy is multifaceted. China, the country from where the pandemic travelled to other parts of the globe, is the world’s largest crude oil importer. To contain the spread of the virus within its territory, China shut down its factories and restricted its nationals to their homes… Read full story