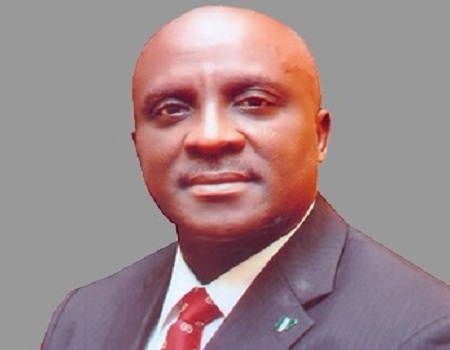 President Muhammadu Buhari has approved the appointment of Professor Godswill Obioma as Registrar/Chief Executive of the National Examinations Council.

Minister of Education, Malam Adamu Adamu announced the appointment on Friday in Abuja. Obioma replaces Professor Charles Uwakwe who was recently sacked along with four other officials of the Council for alleged misconduct.

Adamu in a letter dated 15th May 2020 with Reference No: FME/PS/396/C1/1/134 which he personally signed stated that the appointment which is for an initial tenure of five years, takes effect from 14th May 2020.

A professor of Education Measurement and Evaluation, Obioma was born on 12th December 1953 and hail from Bende Local Government Area of Abia State.

Head, Information and Public Relations Division of NECO, Azeez Sani, in a statement made available to newsmen in Abuja said the new Registrar on Friday, 22nd May 2020 formally took over the affairs of the Council from the former Acting Registrar, Mallam Abubakar Gana at the Council’s Headquarters in Minna.

He was a former Executive Secretary of the Nigeria Educational Research and Development Council (NERDC).

Prof. Obioma has held other key positions in the education sector, among which are: Director, Monitoring, Research and Statistics, National Business and Technical Examinations Board (NABTEB); Director Monitoring and Evaluation Universal Basic Education Programme; Director Monitoring and Evaluation National Primary Education Commission and Head, Department of Science, Mathematics and Technology, University of Jos.

Until his appointment as Registrar/CE of NECO, Prof. Obioma was the Ebonyi State Resident Commissioner of the Independent National Electoral Commission.
An erudite scholar, Prof. Obioma has many scholarly publications to his credit.

He is married and blessed with children.

Father And Son Surrender To Police After Killing Neighbour For Allegedly Sleeping With Wife
A father and his son have surrendered themselves to the police in Nasarawa State after killing their neighbour. Mr Henry Oboteh, a trado-medical doctor, who was said to be in his mid-50s, was killed by one Mr Collins, his son and his security guard on Wednesday, May 20, at Angwan Tiv in Masaka, for allegedly…Buhari Buhari Buhari Buhari Read full

Govt will leverage on ICT to defeat COVID-19 ― Perm Sec