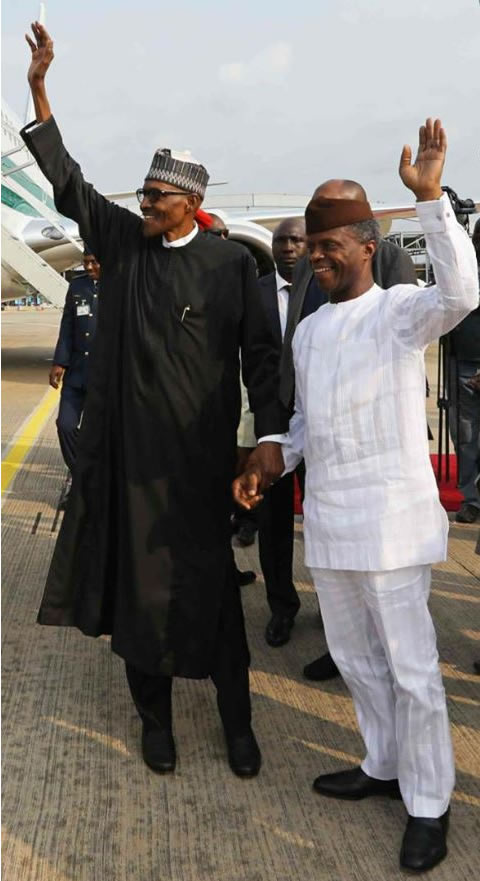 THE Vice-president, Professor Yemi Osinbajo, has revealed that the Buhari administration has so far spent N1.3 trillion on capital projects in 2016.

Osinbajo who said this on Monday Osinbajo made the revelation during a question and answer session with CNN news anchor, Miss Zain Asher, at the 2017 Nigerian Bar Association (NBA) National Conference, further added that the amount is the highest ever spent in the history of the country.

“In 2016, we spent N1.3trillion on capital projects which is the highest spent ever in this country.

“The power sector reform is also ongoing as it is one of the most important sectors in the country,” the VP added.

Osinbajo further added that the Buhari led administration is committed to economic recovery.

“The most important reform this administration has achieved is setting a foundation for the economic recovery of the country.

“We were dealing with a mono-economy and a financial industry that was essentially opaque, but we have been able to change all that.

“We have set a foundation of rebuilding the economy, creating The Single Treasury Account (TSA), monitoring government spending, modified the tax system to be more efficient and implemented executive orders.

“We are currently in a situation where we have cleared the mess inherited by this administration,” he said.

On whether poor Nigerians in the rural areas have felt the impact of the reforms, Osinbajo gave an insight on improvements in the agricultural sector.

He said: “In most of the northern states, agriculture has become a staple.

“For the economy, we are going to see a tripling in the harvesting of rice, prosperity is returning to some states like Kebbi and Zamfara.

“Most of the hajj pilgrims for this year were farmers from the north,” he added.

“The rural areas where the highest levels of poverty are experienced there is a turnaround, the highest number of people who went for the hajj pilgrimage were farmers.

“There is a lot of export of agricultural products, what we need to do is to engage in more value added exports and we have quite a few investors.

“For the past year and a half, there are more and more innovations, investments in farming with more people engaging in farming.

The Vice-president disclosed to the efforts the government was making on tackling corruption as well as Nigeria’s poor reputation abroad.

“We are currently working on a ‘one-government system’ to tackle bureaucracy, for example if you need five different approvals from five government agencies, under this system communication with one agency is sufficient as all the agencies will liaise with one other.

“We have introduced technology into a lot of processes for example company registration with the Corporate Affairs Commission (CAC), the less human contact, the less incidences of corruption.

“We must punish offenders, there must be consequences for offenders, fighting corruption is multi-sectoral, we have to work together.

“Convictions on corruption cases have been slow, from my experience as a former prosecutor, getting cases to court is slow, the system allows a lot of inefficiencies.

“We have to try cases efficiently and secure convictions so people can see the consequences of corruption,” Osinbajo said.