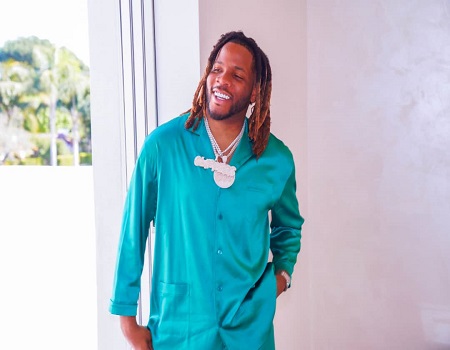 Trilly began his music career in 2019 with one release till date titled ‘I Like’.

Now, the singer is gearing up for the release of his first single in over a year, titled ‘AY BISHHH’. He announced on his Instagram page with a teaser video and he has promised to release the new single with accompanying visuals shot in the United States.

In a recent interview, when asked what his fans should expect, Trilly replied with a single word, ‘Life’. Trilly, a socialite who is usually referred to as the life of the party and the king of fun in various entertainment circles which can be seen across his social media pages, also hinted that he has also collaborated with Tory Lanez and Joe Moses with many more features to come.

Trilly was born September 16, 1992, to Nigerian immigrants (Marcel and Theresa Njoku) and raised in Los Angeles, California, where he was greatly influenced by Tory Lanez, Lil Baby, Sade, among others. Trilly describes his upbringing as black, very strict and tough.

MONDAY LINE: Buhari’s Fifth May 29
MUHAMMADU Buhari’s first coming was from December 31, 1983, to August 27, 1985. It was a period of famine and pestilence; of queues for coins and corn and of lean liberty. His second coming will be five years old on Friday. Can he sit back and use his tongue to count his teeth? What has changed between his past… Read full story