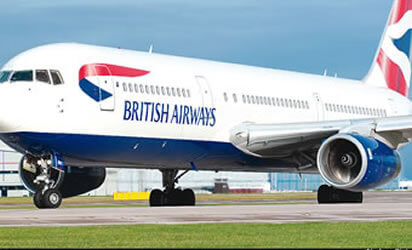 The British Airways has taken delivery of its first A350-1000 at Airbus Headquarters in Toulouse, France, making it the first operator of the larger A350-1000 in International Airlines Group (IAG).

BA’s A350 with its modern and comfortable Airspace cabin will usher in new levels of comfort with the launch of the Club Suite, the first new business class seat for British Airways in 13 years.

The airlines sophisticated and newly-branded ‘Club Suite’ offers direct-aisle access, a suite door for greater privacy and luxurious flat-bed seats in a 1-2-1 configuration.

BA, while celebrating its 100th anniversary, will initially use the aircraft to fly between London and Madrid prior to flying long-haul routes from September.

BA operates a fleet of over 150 Airbus aircraft from the smallest A318 to the largest A380.

AfCFTA: Why Nigeria must beware of sister African states

Too many factors militating against Nigerian airlines —Expert