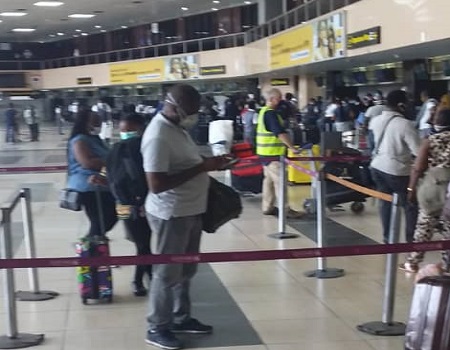 Many British citizens are presently undergoing profiling for their subsequent evacuation out of Nigeria through the Lagos airport aboard a British Airways flight.

The flight is among the special flights allowed by the federal government in. View of an earlier request by the British government to allow their citizens willing to be flown back home in view of the rampaging coronavirus pandemic.