Bringing back our stolen artefacts 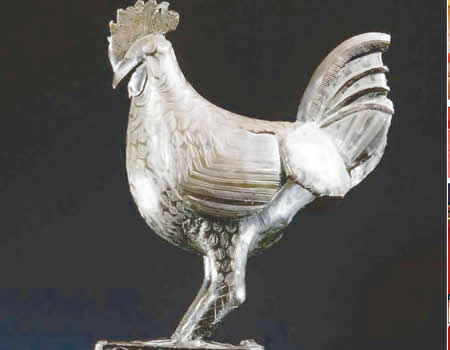 THE announcement penultimate Thursday by the Minister of Information and Culture, Alhaji Lai Mohammed that the Federal Government was going after foreign countries keeping stolen artefacts from Nigeria was sweet music to the ears of many.

The reason is that there are several looted Nigerian artefacts in the Diaspora, especially in the UK, France, Germany and the USA.

Only last year, the British Museum agreed to return Benin Bronzes looted during the 1897 invasion of the city to Nigeria. Over a thousand such bronzes are in museums across Europe, with the most valuable collection at the British Museum, London.

A day before Mohammed announced the campaign launch, Jesus College Cambridge, UK, disclosed that it was returning a bronze cockerel called ‘The Okukor’ to Nigeria.   The ‘royal ancestral heirloom’ was among objects stolen during the punitive expedition to Benin.

Speaking at the news conference in Lagos, Mohammed said that the government would use all available legal and diplomatic means to retrieve its artefacts.

“We are putting on notice all those who are holding on to Nigeria’s cultural property anywhere in the world that we are coming for them, using all legal and diplomatic instruments available,” he said.

The minister, who acknowledged the formidable task ahead in retrieving the stolen artefacts, said people should not doubt the government’s determination to succeed in the long-overdue initiative.

Mohammed also touched on the illogicality of the actions of recalcitrant governments and individuals that have failed to return stolen objects in their possession.

“We cannot imagine by what logic an Ife Bronze or a Benin Bronze or a Nok Terracotta can belong to any other part of the globe except to the people of Nigeria, whose ancestors made them. We have never laid claim to the Mona Lisa or a Rembrandt. Those who looted our heritage, especially during the 19th-century wars, or smuggled them out of the country for financial reasons, have encouraged the impoverishment of our heritage and stealing of our past.”

He also had a word for cynics wondering why the government was moving to recover seemingly worthless Ife bronze head or Nok Terracotta. He explained that the timeless and priceless artworks, “are an important part of our past, our history, our heritage resource, and allowing them to sit in the museums of other nations robs us of our history. Also, those who proudly display what they did not produce are daily reaping financial gains from them, while those whose ancestors made them are not. The tourism and culture sector is one of the critical sectors that have been identified for the diversification of the nation’s economy, and these priceless heritage resources have a role to play. How can we benefit from what is ours when most of them adorn the museums and private collections of others, which describe as their properties?”

Mohammed explained that Nigeria was relying on UNESCO and ECOWAS. Article 4 of the UNESCO 1970 Convention, to which most nations subscribe, is to ensure all stolen items are returned to the country.

He reiterated that Nigeria would “not be deterred by the well-worn argument that there was no customary international law that forbade the looting of antiquities in wartime in the 19th century when most of these antiquities were looted. We will not agree that our claims are statute-barred. We will also not be swayed by the insulting argument that Nigeria, and Africa in general, do not have places to keep the antiquities. After all, we kept them somewhere before they were looted. If those who make that argument so desire, they can join us to build more museums that will house such returned antiquities.”

The minister further disclosed that from 2020, his ministry would begin organising an annual National Conference on Restitution of Cultural Property.

ALSO READ: Between Pretty Mike and Obi Cubana in Lagos

Though the minister’s announcement has split opinions with some hailing it and others expressing fear that the returned artefacts might be stolen again, the fact that the government launched the campaign indicates it’s alive to its responsibilities. It has barked, Nigerians expect it to start biting soonest with returned artefacts as evidence.

Between Pretty Mike and Obi Cubana in Lagos

Sowore: Nigeria in advanced stage of totalitarian rule — Afenifere, others