A brief lesson in Yoruba history and culture 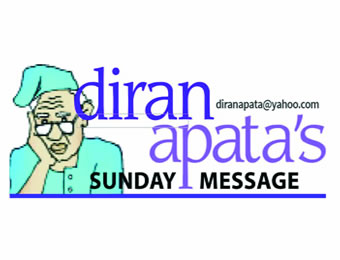 THIS small lesson in history and culture is addressed particularly to the youths of the Yoruba nation. I hope they will enjoy it.

As all who have studied Yoruba history know, the Yoruba people have very well preserved traditions – much better than most African peoples. The reason for that is that, unlike most other African peoples, the Yoruba early developed the culture of living in towns.  At the beginning of their history, they lived in small primitive settlements in the forests too, but by the 10th century AD (that is, about 1,200 years ago), they started to live in fairly big towns. By the time the first European explorers and traders reached the coasts of West Africa in the 15th century, the Yoruba already lived in very many towns, each town separated from the next town by only a short distance, and all connected by well-kept paths.

Each of the major ones among these towns was the hometown of an Oba (king). From his town, each Oba ruled over a small kingdom consisting of his town and a few nearby towns and villages. An Oba was a great and gorgeous ruler, very proud of his position and his kingdom. Every kingtherefore took care to preserve the story of his kingdom. For this purpose, every kingdom had a chief who was like the town historian. The function of this chief was to stand before the large crowd of the people in the king’s palace during certain festivals and recount the history of their kingdom to them. As a result every Yoruba town has its town history. The many towns were connected by very many things – by trade, by countless ceremonies, by inter-marriages, etc.

Thus, the Yoruba were one people with a common culture. Their living in towns was a major part of their culture. None of the other peoples of Black Africa developed the practice of living so much in towns; none had towns all over their country like the Yoruba. Yoruba people also had the practice of living under kings called Obas. Their Obaship system was virtually the same from kingdom to kingdom. In every Yoruba kingdom, the king was chosen in the same way. Each kingdom had a royal family, but when a king died he was not succeeded automatically by one of his sons; his subjects selected one of the princes. And the method of selecting the king was the same in all Yoruba kingdoms. When a prince had been selected, the installation ceremonies and rituals were more or less the same in all the kingdoms.

Each king’s town was divided into quarters, with each quarter under the supervision of a quarter chief. In each town, the Yoruba people lived in large family compounds known as Agbo-ile. Early in the history of each town, the chiefs were appointed from certain family compounds – and each such family compound held its chieftaincy title forever. When the chief died, he was not succeeded automatically by one of his sons. The people of the compound held meetings and selected one of themselves as the next chief – and then took him to the palace and gave him to the Oba to be installed as chief.

The dignity that an Oba was given, and the powers that he could exercise as king, were the same in all the kingdoms. The Oba met with his leading chiefs daily. It was only in these meetings (or councils) that the Oba could take decisions and actions of the government of his kingdom. We say today that the government of a Yoruba kingdom was government by councils. Any Yoruba king who tried to do any act of government on his own, without his council of chiefs, was breaking the law. All the kingdoms had the same well established procedures for removing such an offending Oba. In short, all the Yoruba had, on the whole, the same system of government – a system of government  different from the systems of other  peoples.

Also, the Yoruba had the same system of religion. Their religion consisted of belief in one almighty God who made all things and controlled all things. However, they believed that this almighty God was too high to be approached by people, and so they worshipped him through many lower deities. Each of these deities had a special function in the world and in the lives of people. All Yoruba people knew these deities, but usually, each town, each family, and even each person, freely chose the ones they wanted to worship. Each deity had his or her own rituals and festivals, and that meant that in a town or family compound, different persons celebrated different rituals and festivals. In the midst of all this, Yoruba people developed a unique attitude to religion – an attitude which recognized the right of each town or family or person to worship the deity of their choice.  Nobody had any hostility towardsthe religious practices of hisneighbor. When the foreign religions, Islam and Christianity, came, Yoruba people accepted them in the same way. Today, Yoruba people are known worldwide as a people very tolerant and accommodating in matters of religion. In fact, many informed people all over the world now commonly say that, in the matter of religious tolerance and accommodation, the Yoruba are the most civilized people in the world. In all these things, the Yoruba were different from other peoples of Black Africa too.

The Yoruba lived basically the same pattern of community life. They lived in family compounds, married in more or less the same way, and raised their children in the same way. For instance, unlike most other peoples, Yoruba people ensured that their daughters became very mature (usually about 18-20) before marrying. The people of an agbo-ile treated all the children in the agbo-ile as their common children. All the adults in an agbo-ile tried to ensure that each child grew up properly – that is, that each child  grew up to be an Omoluabi in the community. Omoluabi means a well-adjusted, trustworthy, and dependable individual. The Yoruba developed basically the same methods of farming and other occupations. They built large marketplaces in their towns. They became great artists – makers  of the best naturalistic art in Africa.

And, finally, the Yoruba spoke the same language. It was their speaking one common language that, indeed, made them one people from the beginning of their history. Sure, they spoke the language in different ways from locality to locality of their country. Such different ways are known as dialects. But, in this, the Yoruba are just like all other large nations in the world. In England, the English people speak different dialects of the English language from locality to locality. The same is true of Russians, Germans, Spaniards, Indians, Chinese, etc. In each case, as in the Yoruba case, the dialects are roughly mutually intelligible.

All these common characteristics have made the Yoruba people a distinct nation for thousands of years – throughout their history. Some people are saying today that the Yoruba are not a nation because they did not have a common name for a long time in their history. Having a common name is not what makes a nation a nation. The Yoruba were culturally different from their neighbours, and naturally knew themselves to be culturally different  from their neighbours, and as therefore one distinct people or nation – even if they did not have a common name for themselves. The same is true of nearly all other nations in the world. I will talk about this question of a common group name in my next message. But for now, let us close by asserting that, common name or not, the Yoruba have been one nation in the world for many thousands of years and are one nation today.  The same is true of the Igbo, Hausa, Kanuri, Edo, Urhobo, Tiv, Ijaw, etc. Each is a nation.

This does not mean that  our different nations cannot make a success of the one country, Nigeria, into which we were all pushed by the British. But it means that, if we seriously want Nigeria to exist and succeed, we must handle our different nations, and their expectations and opinions, with caution and respect.

EDO: These legacies must be sustained

We Yoruba must, and can, change this now

The resistance to Nigeria’s restructuring must end now