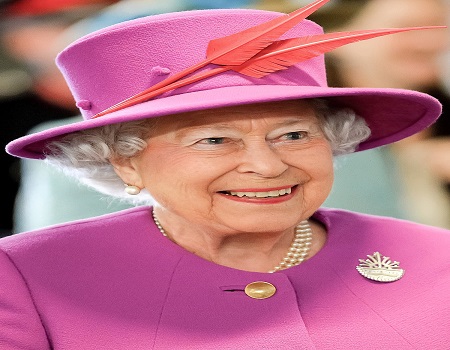 As the United Kingdom prepares to withdraw from the European Union, Queen of England, Elizabeth II has called for unity and peaceful coexistence among Commonwealth nations in order to influence the world for good.

This is coming just as the Minister of Education, Mallam Adamu Adamu, reiterated the commitment of the government of Nigeria towards upholding the values and ideals of the Commonwealth.

The Queen’s message was read at the 2020 Commonwealth Day celebration on Monday in Abuja, where Adamu led top government functionaries and members of diplomatic corps to observe the day with colourful parade and presentation of the theme song by school children.

Queen Elizabeth urged the people and countries of the Commonwealth to be inspired by all that “we share, and move forward with fresh resolve to enhance the Commonwealth’s influence for good in our world.”

She noted that on Commonwealth occasions, it was always inspiring to be reminded of the diversity of the people and countries that make up the worldwide family.

The Commonwealth is a voluntary political association of 54 countries, most of which were former territories of the British Empire. The member states include both advanced and developing countries spread over five regions of the world with a population of 2.4 billion people.

Some of the values of the association are the promotion of democracy, human rights, good governance, the rule of law, individual liberty, egalitarianism, free trade multilateralism and world peace.

The British Monarch said: “We are made aware of the many associations and influences that combine through Commonwealth connection, helping us to imagine and deliver a common future.

“This is particularly striking when we see people from nations, large and small, gathering for the Commonwealth Games, for meetings of Commonwealth governments, and on Commonwealth Day.
.
“Such a blend of traditions serves to make us stronger, individually and collectively, by providing the ingredients needed for social, political and economic resilience.

“Throughout my life, I have had the opportunity to see and hear how members of the Commonwealth family means so much to those living in all parts of the world, often in places that are quite remote.

“Advances in technology and modern media have now enabled many more people to witness and enjoy – with remarkable immediacy – this experience of Commonwealth connection, in areas such as education, medicine and conservation.

“Looking to the future, this connectivity means we are also aware, perhaps as never before, that wherever we live, our choices and actions affect the well-being of people and communities living far away, and in very different circumstances.

“For many, this awareness awakens a desire to employ our planet’s natural resources with greater care, and it is encouraging to see how the countries of the Commonwealth continue to devise new ways of working together to achieve prosperity, whilst protecting our planet.

“As members of this very special community, on this Commonwealth Day, I hope that the people and countries of the Commonwealth will be inspired by all that we share, and move forward with fresh resolve to enhance the Commonwealth’s influence for good in our world.”

Minister of Education, Mallam Adamu, in his keynote speech at the event, said the Commonwealth has certain values which place her at an enviable height as a community of nations with great interest in the good of mankind and society.

He disclosed that in line with the push towards innovation and transformation of the education sector by the Commonwealth, the Federal Government had secured a funding facility of N220 billion through the World Bank, under the Better Education Service Service Delivery for All (BESDA), to help tackle the problem of out-of-school children.

He also disclosed that there was also an ongoing process to secure a N45 billion grant from the Global Partnership for Education (GPE) to strengthen fight against the out-of-school children.

Adamu further disclosed that over 2,000 Nigerians have benefitted from the Commonwealth scholarship with an average 12 to 18 beneficiaries every year.