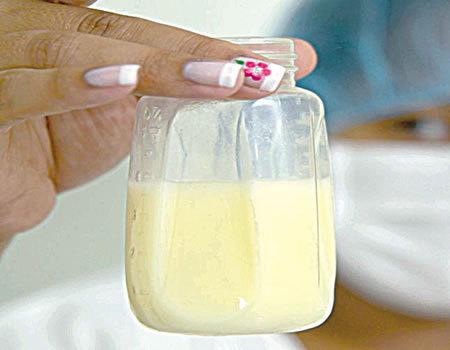 Newborn skin is fragile, especially premature infants. While diapers are a modern invention, itsthey are linked to diaper or nappy rash from wet or infrequently changed nappies, friction, diarrhoea, new foods and antibiotics.

In recent studies, researchers have treated baby’s rashes due to nappies with human milk and compared the treatment against commonly used over-the-counter ointment and barrier creams.

In 2017, researchers evaluated the effect of breast milk on the healing of nappy rash in a clinical trial of 30 infants less than 12 months within three months in Iran. They were divided into two matched groups: case and control.

These babies with nappy rash were referred to the Health Centres in Tehran. All the infants on breast milk used high-power absorbent cloths for diapering and none used disposable diapers. Nobody used soaps and powders.

A thorough medical history was obtained and a complete physical examination was conducted to rule out any other possible cause of rash. During study, many new signs or symptoms were recorded.

The mothers in the control group were asked to bathe the infant following urination or defecation with only warm water, pat them dry and change diapers. They were asked not to apply any topical treatment or creams.

In the case group, mothers were instructed to do the same in addition to applying breast milk three times a day on the affected area and let it air dry before putting a diaper back on. All mothers used the same brand of diapers before and during the study.

Almost all babies get a diaper rash at some time or another, while some seem to get it often. It affects the areas within the confines of the diaper.

The skin of the affected area is moist and painful, appears red and spotty, and is sometimes itchy. This causes significant discomfort for infants and distress for their parents and caregivers.

Many products such as petroleum jelly, sunflower oil, zinc oxide, corticosteroids, talcum powder, lanolin, and vitamins A and D were suggested for the uncomplicated management of diaper rash. Also, some chemical formulations are still being used in many neonatal intensive care units.

The study, published in the journal, Dermatology Reports, testifying that breast milk application as convenient. Out of 15 infants with mild or moderate diaper rash in case group, 80 per cent improved during the study period in fifth day. In control group, 26.1 per cent infants showed improvement.

Also, breast milk application to the skin decreased the incidence of nappy rash around the buttocks more than the genitalia and upper thighs (perineum) regions.

In 2103, another study in the journal, Pediatrics Dermatology showed that applying breast milk to diaper rash is an effective and safe treatment. It involved 141 infants with diaper rash. They were either treated with 1 per cent hydrocortisone ointment or breast milk.

The study also carried out in Iran found treatment with human breast milk was as effective as hydrocortisone 1per cent ointment alone in a clinical study that spanned seven days.

Another study compared human breast milk with a cream made from zinc oxide and cod liver oil. Newborns with diaper rash were treated with the cream or the breast milk. The study included 63 newborns. Treatment with the cream was more effective; especially when the rash was moderate or severe.

To limit unnecessary exposure of newborns to chemicals, the authors of this 2013 study in the Journal of Clinical Nursing had suggested applying human milk as soon as any slight redness of the skin is spotted. A severe diaper rash will require a cream made from zinc oxide and cod liver oil.

Breast milk is cheap, readily available and without any side effects or contraindications. It has healing properties that can prove beneficial when it comes to treating minor illnesses and injuries due to the antibodies it contains.

Studies show human breast milk as a preventive measure and effective treatment of some sores and infections such as sore nipples. It can kill off bacteria and viruses when applied topically to problematic areas because of antibacterial properties.

Breast milk contains vitamin groups: A, E, D, K and B complex. It contains a natural substance that causes softness to the skin. Research has shown that protein, calcium and vitamin B12 in milk play an important role in the prevention of complications such as dry skin, eczema and its fragility.  There is some evidence that ingestion of breast milk protects the infant against certain infectious and non-infectious conditions.