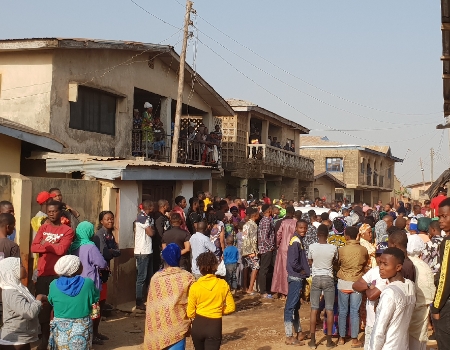 Share
Three children of same parents were killed in a midnight inferno after they were said to have been locked inside their apartment located at Ehin Grammar Area of Molete, Ibadan.
The eldest, of the children, it was gathered was a secondary school student whose name was given as Glory while the two others were said to be in primary school.
When Tribune Online visited the scene of the incident on Friday morning, sympathisers were seen asking how the children could have been locked up without both parents at home.
The father of the children, whose name was given as Baba Ara, a electrician, was said to have left the children in the room last night but no one could ascertain where he had gone to while the inferno lasted.
His wife, also known as Iya Ara, was said to have gone to work as she was on a night shift.