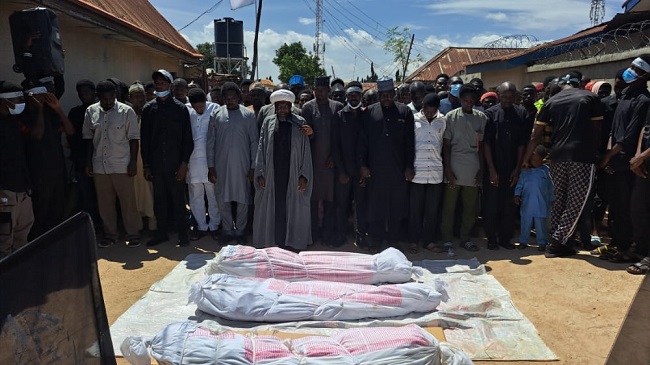 The Nigerian Police have released three corpses of members of the Islamic Movement of Nigeria (IMN) who were allegedly shot by its personnel in 2019 during a protest for the release of Ibraheem El-Zakzaky, leader of IMN.

A statement by Halima Aliyu on behalf of the Academic Forum of the Islamic movement said there are also six corpses of their member in police custody, and they vow to explore every legal measure to get them released.

The statement reads: “We would like to inform the public that after withholding the remain of Free Zakzaky protesters for 3 years, Police have begun to release the corpses.

“In response to our Press Conference held in Abuja on Monday, October 3, 2022, where we vow to continue with contempt of court proceedings against the Inspector General of Police, the Police release 3 out of 9 corpses of Free Zakzaky protesters.

“The protesters were killed by the Police on Monday, July 22, 2019, at Federal Secretariat Abuja, while protesting against the unlawful detention of his eminence Sheikh Ibraheem Ya’qoub El-Zakzaky (H) and his wife Malama Zeenah Ibraheem.

“The police officers attacked the procession and opened fire on the protesters which led to instant killing of 12 protesters, 1 unknown person, Usman Umar (Deputy Commissioner of Police) and Precious Owolabi (a Journalist with Channels TV).

“After the incident, the police evacuated corpses of the slain protesters, deposited 4 at National Hospital and 2 at Asokoro District Hospital and some of the protesters were able to take away other 6 of those brutally killed instantly.

“The police arrested many protesters and detained them at SARS facilities with neither medication nor feeding. While languishing in custody, 3 protesters eventually died, and again the corpses were moved to Asokoro District Hospital, making it 5 thereat.

“The total of people killed by the Police is 18 comprising 15 protesters, 1 Police Officer, 1 Journalist and 1 unknown person.

“Up until this moment, there are still 6 corpses of protesters in Police custody and we vow to continue the struggle to ensure the release of all the corpses.”