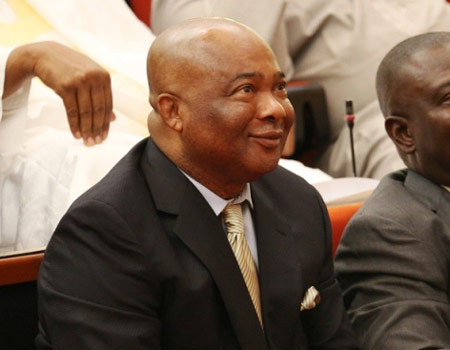 Share
The Supreme Court has sacked Emeka Ihedioha as governor of Imo State and ordered that Senator Hope Uzodinma be sworn in as the state governor.
The Court, which set aside the concurrent judgements of the state governorship election petition tribunal and the court of appeal, which affirmed Iheodioha’s election, held that he (Ihedioha) was not validly elected as the governor of the state.
The apex court ordered that the certificate of return issued to Ihedioha be retrieved and issued to Hope Uzodinma of the All Progressive Congress (APC).
Juatice Kudirat Kekere-Ekun, who read the unanimous decision of the apex court held that the lower court erred in law when it rejected the evidence tendered before them to the extent that the votes from the 388 polling units were not credited to the APC and Hope Uzodinma.