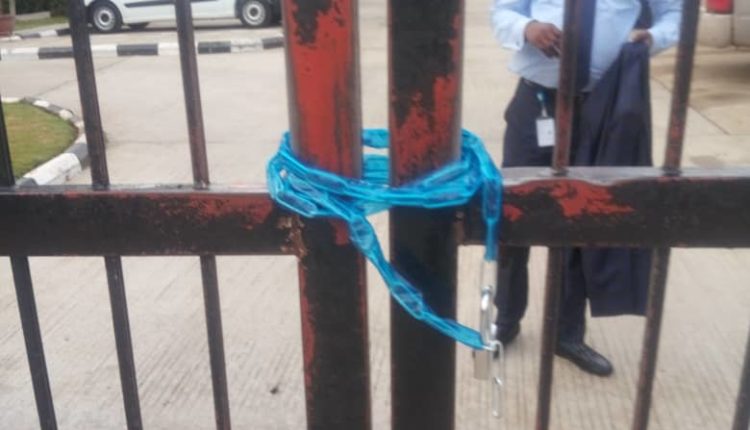 Share
Securities and Exchange Commission (SEC) shut down by workers’ union over attempts to reinstate suspended DG, Mounir Gwarzo, after a court order backing his reinstatement.
The Association of Senior Civil Servants of Nigeria, SEC Branch, on Monday morning locked up offices of the Headquarters of the Commission.
The Union is protesting attempts to reinstate the suspended Director General of SEC, Mounir Gwarzo.
Gwarzo had been indicted for abuse of office and corruption by an Administrative Panel of Inquiry set up by the Federal Ministry of Finance headed by the Permanent Secretary, Dr. Mahmoud Isa-Dutse.
Gwarzo was also indicted by the House of Representatives Ad-Hoc Committee which investigated his suspension by the former Minister of Finance, Mrs. Kemi Adeosun.