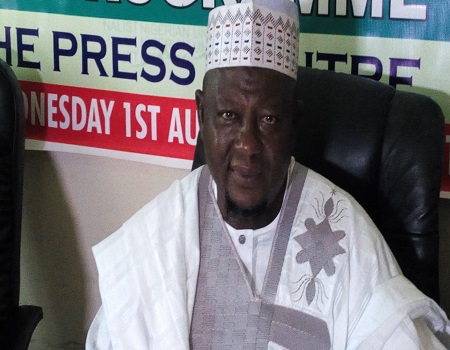 Share
After a long legal battle over his reelection into the Senate for a second term between him and another aspirant for the seat, Barrister Ibrahim Zailani.  the Senator representing Bauchi South Senatorial District, Lawan Yahaya Gumau has finally received his certificate of return from the Independent National Electoral Commission (INEC).
While receiving his certificate of return in Abuja Friday, Lawal Yahaya Gumau said that his victory during the election and the Court was ‘an act of God and the passionate support he enjoyed from the people of Constituency who prayed fervently for him’.
Addressing Journalists in Bauchi,  Personal Assistant (PA) to the Senator on Political  Matters Sulaiman Lalaye said his second return at the National Assembly justified that he is with his people and the people are with him.
He added that this would serve as an opportunity for the senator to carry out more constituency projects that would impact positively on the constituents.

“He will ensure that he fulfils all his campaign promises he made to the people during his campaign and even do more because the people stood behind him during his court case instituted by his brother Barrister Ibrahim Zaillani challenging his victory during the primary election”.
“Senator Gumau explained in confidence that he will join hands with the leadership of the 9th Assembly and President Muhammadu Buhari to bring development to Bauchi”. He said.
It would be recalled that INEC had declared APC winner of Bauchi South senatorial district election but declined to mention either of the duos as the candidate of the party.