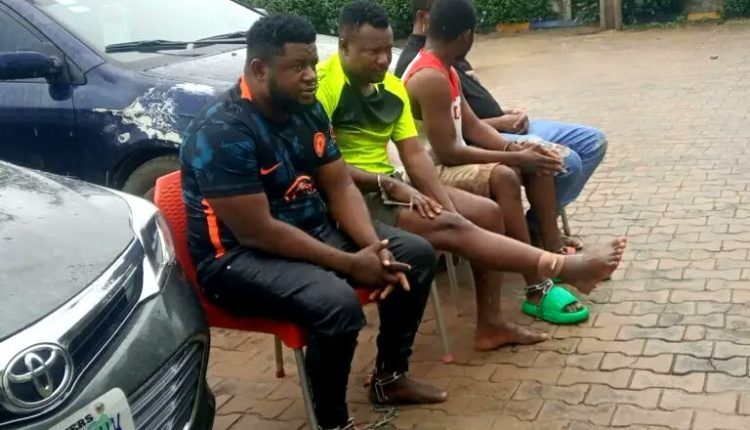 The Nigerian Police Force, Bayelsa State Command, says all is set to arraign the celebrity kidnapper, John Ewa (Lyon), who is popularly known for his flamboyant lifestyle on social media.

According to a statement by the Police Public Relations Officer (PPRO) in the state, Asinim Butswat, the celebrity kidnapper also known as John Lyon and his cohorts will be arraigned in High Court 6, Yenagoa, by 9 am today.

The statement read: “the celebrity kidnapper John Ewa ‘aka’ John Lyon and others will be arraigned in High Court 6, Yenagoa, today 30 November 2022, by 0900 hours.”

Few months ago, Nigerians were shocked to hear that the social media celebrity, John Lyon, who flaunts dollars on social media confessed to his involvement in two kidnap incidents.

The 30 years old male, Ewa, who is from Akwagom-Eruan Community in Boki LGA of Cross River State, was arrested alongside his gang leader, Emmanuel Angase,

Confessing to the crimes while being paraded by police few months ago, John claimed that his friends (the kidnap gang) asked him to give them the address of his former boss, Danjuma Omeje,  and that few days later, they kidnapped him and collected a ransom of N45 million from him.

He said that after the operation they gave him N1.5 million as assistance to take care of the medical bills of his sick mother in the hospital.

He said, “I also gave them the address of one Akeem Olushola, who they also kidnapped and collected N80 million as ransom. After that operation they gave me N3.5 million.”

Meanwhile, police investigation revealed that the gang operated a kidnapping camp at Sunny-kiri near Oluasiri in Nembe Local Government Area, with his second in command, one Gbalipre Gamage, now at large.