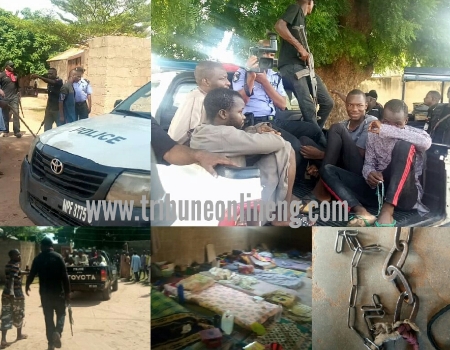 Fifteen hostages have been freed by police in Adamawa state, after discovering another illegal reformation home at a suburb in state.

The Adamawa Police Command raided a House suspected to be having many people as hostages at Wuri-Hausa Yola town of the state.

According to an eye-witness, the police found over 15 victims illegal detained by an old man and young persons serving as his monitoring agents.

He further said that more information will be gathered after further probe into the matter later today.

It will be recalled that illegal reformation centres have been discovered by security agents across the country in recent times.

UPDATE: Trump terminates US relationship with WHO