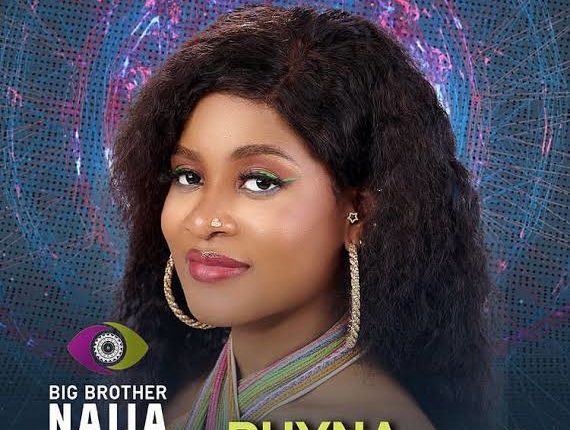 Ijeoma Josephina Otabor, popularly known as Phyna has been declared the winner of the Season 7 of the Big Brother Naija reality television show with the theme, ‘Level p,’ while Bryann emerged as the first runner-up.

The show host, Ebuka Obi-Uchendu announced Phyna as the winner after scoring the highest votes in the final week.

She defeated fellow finalists Bryann, Bella, Adekunle, Chichi, and Daniella, to claim the 100 million grand prize in the ‘Level up’ edition of the reality show.

A total number of 28 housemates including two fake housemates and two riders participated in the show which premiered on the 23rd and 24th of July 2022.

The Level up housemates at the beginning of the show were divided into levels 1 and 2, with each level having 12 housemates.

Phyna who is only the second female housemate to win the show has joined the exclusive list of the past winners of the reality television show namely Katung Aduwak, Efe Ejeba, Miracle Igbokwe, Mercy Eke, Olamilekan Agbeleshebioba (Laycon), and Hazel Oyeze Onou (Whitemoney) of season 1-6 respectively.

The headline sponsor of this year’s edition was  Pocket by Piggyvest with Flutterwave as the associate sponsor.

Season 7 of the reality show, which ran for 72 days, was hosted by Ebuka Obi-Uchendu who returned as the host of the show for the 6th consecutive time.

The 2023 edition of the reality show is expected to feature contestants from Nigeria and South Africa in an edition titled “Big Brother face-off”  as announced by the show organizer,  MultiChoice in September.

NPA concludes concession agreement, to submit to FG for approval