BREAKING: One killed as residents protest death of Kaka, popular footballer, in Sagamu

At least one person has been killed as residents of Sagamu area of Ogun State protest the death of the assistant captain of Remo Stars Football Club, Kazeem Tiyamiyu, on Monday. 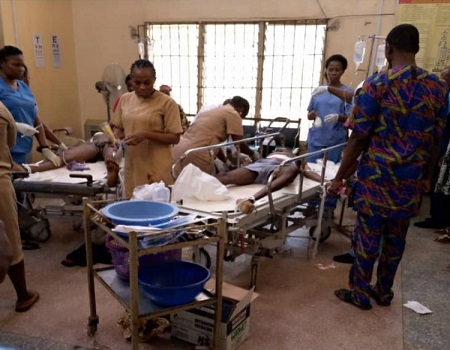 The protesters initially approached the palace of the Akarigbo and Paramount ruler of Remoland, Oba Babatunde Ajayi, where the monarch and a former governor of the state, Otunba Gbenga Daniel, addressed them.

The protest turned bloody when the residents thronged the streets to exercise their displeasure against the death of the footballer popularly called “Kaka”.

A young resident was shot during the ensuing melee around the popular Awolowo market while others who sustained injuries have been taken to undisclosed hospitals. 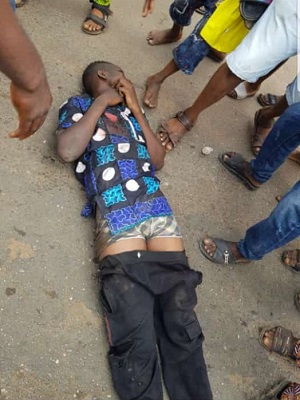 Police officers have also taken over Ewusi street as gunshots were fired to disperse the protesters.

Eyewitnesses informed Tribune Online that Armoured Personnel Carriers (APC) have also been deployed to the streets to forestall further breakdown of law and order.

Tiyamiyu’s death was allegedly caused by Police operatives along the Sagamu-Abeokuta Expressway on Saturday.