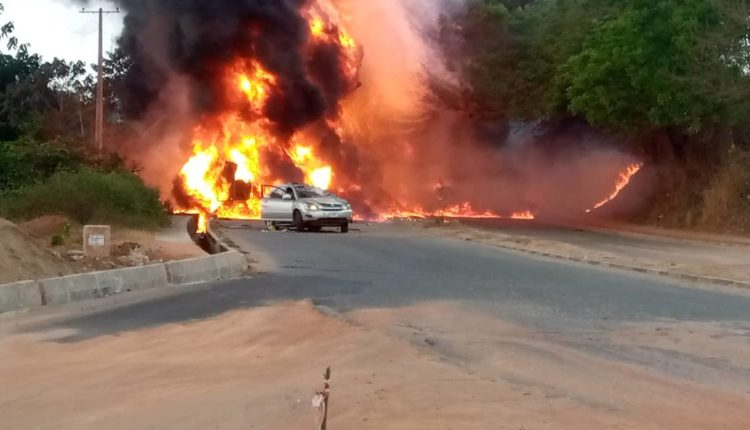 A fuel-laden tanker on Tuesday morning went up in flames after hitting a commercial motorcycle following a brake failure along Presidential Boulevard in Abeokuta, the Ogun State capital.

The incident occurred at about 8.15 am, when the 33,000-litre tanker had brake failure while descending Kuto overhead bridge. 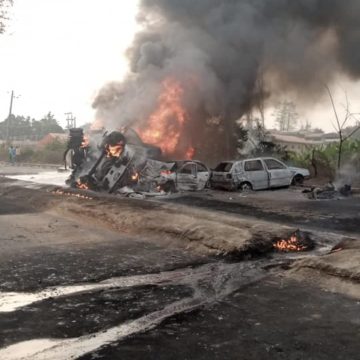 The development led to confusion as the incident happened near a private school and a bank facility with parents rushing to get their children from the school.

One person was reported feared dead and many vehicles got burnt in the explosion.

Men of the Ogun State Fire Service were at the scene of the incident to bring the raging fire under control while motorists were advised to ply alternative route.

Why Buhari’s pigeons refused to fly