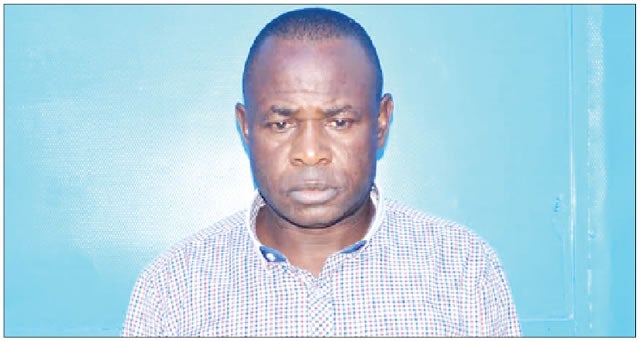 The Mountain of Fire and Miracles Ministries on Monday slammed an indefinite suspension on the ‘Pastor’ of its branch in Life Camp area of Abuja, David Onyekachukwu, over an alleged indecent  relationship with a 16-year-old girl.

In a statement signed by MFM Spokesman, Mr Collins Edomaruse, however, said Onyekachukwu, is “not an ordained Pastor” of the branch in Life Camp area of Abuja,

Edomaruse said the suspension was  in line with the rules and regulations of MFM which forbade such acts and frowned at it.

He also said that Onyekachukwu’s indefinite suspension was a result of an investigation carried out by the Church that established that he was culpable of the alleged reported offence of rape, which resulted in the reported pregnancy of the minor.

“Confirming the incident,  Regional Overseer (RO) Gwarimpa region of the church, Pastor Babalola Niyi, said: Onyekachukwu is not an ordained pastor in Mountain of Fire and Miracles Ministries.

“He is just a member and worker in that Life Camp branch and he has been suspended from the branch immediately.

“The church can not stop the law from taking its course as doing so will amount to condoning evil and being an accessory after the fact,”  Edomaruse said.


He added: “After investigation, we confirm that the raping and impregnating of the girl is true and the matter is currently being handled by the police.

“However, we want to say that the alleged person is not an ordained Pastor or an officially appointed Pastor in MFM Gwarimpa Region.

“This is therefore a personal issue between the Brother and the innocent victim.

“It has nothing to do with Mountain of Fire and Miracles Ministries.

“In MFM, the leadership does not condone  indiscipline.

“Absolute holiness within and without is our hallmark in the Ministries.

“This is of a priority in all our trainings and teachings to our Pastors and members.

“The alleged brother is already in the Custody of the Police to allow the law to take its course”.

The News Agency of Nigeria(NAN), reports that the Operatives of the National Agency for the Prohibition of Trafficking in Persons confirmed the arrest of Onyekachuku  a pastor of the MFM, Gwarinpa branch, for allegedly raping and impregnating a 16-year-old girl.

NAPTIP said Onyekachuku, 48, who hails from Nsukka in Enugu State, met the victim, a Junior Secondary School II pupil in the Karmo area sometime in 2018.

NAPTIP in a statement on Sunday, said the pastor, after his arrest and during interrogation, confessed to have sexually abused the girl two times and blamed the act on the “work of the devil.”