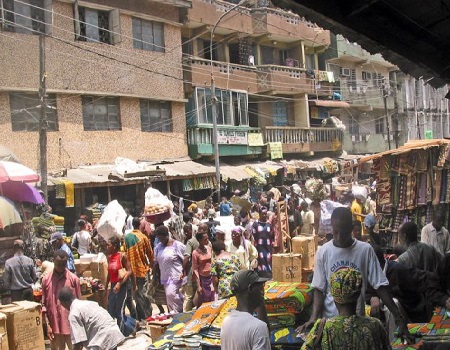 The popular Ketu-Ikosi Fruit Market in Ketu area of Lagos State on Friday succumbed to the will of bulldozers as the authorities of the local government in charge of the area ordered for its demolition to give way for a modern market.

The development, however, witnessed cries by several market women who thronged the site begging that policemen, who were stationed there to allow them to go inside and salvage their wares, which they claimed were close to millions of naira as most of them had just stocked their shops with various items.

Several of the market women, who claimed they are widows, were refused by the police, who were still shooting canisters of teargas as the demolition exercise continues.

According to the women, notice was served them for the demolition, saying it was, however, not made specific that it would be today (Friday) that the exercise would commence.