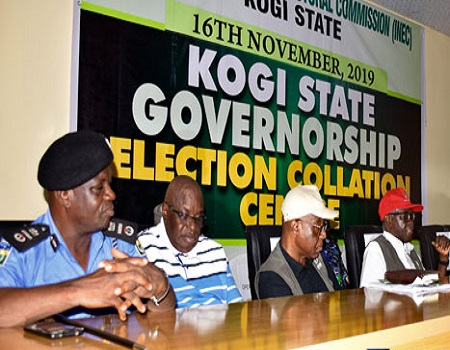 The Independent National Electoral Commission (INEC) has suspended the collation of results of the Saturday governorship election in Kogi State.

The Returning Officer for the election in the state, Professor Ibrahim Umar, announced this on Sunday evening in Lokoja, the state capital.

Professor Umar who is also the Vice-Chancellor of Ahmadu Bello University (ABU), Zaria, told party agents and other political stakeholders present at the INEC office where the collation of results took place that the exercise would continue by 9 am on Monday.

He explained that the suspension of the announcement was necessary as the results of the election in the remaining two local governments have yet to be brought to the collation centre.